The Black and White • January 11, 2018 • https://theblackandwhite.net/58253/feature/gluten-free-bakery-offers-inclusive-menu/ 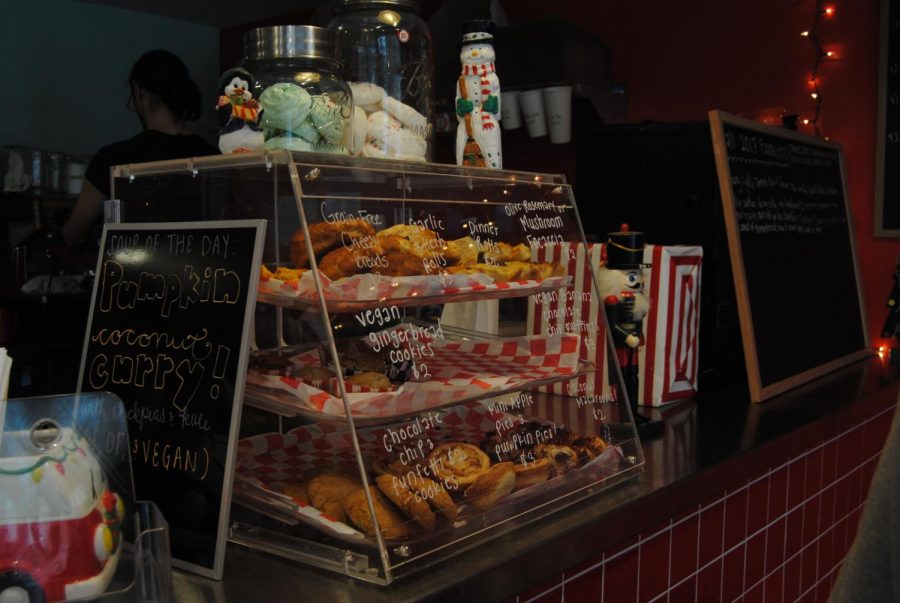 Serving desserts for special occasions presents an issue for many. Whether it’s an allergy or dietary restriction, people who can’t eat traditional baked goods tend to be left with fewer options.

Community member Jaimie Mertz, founder of Red Bandana Bakery, hopes to change that. Mertz started with an online store and booths at farmers markets, where people would often approach her about gluten-free food accommodations. In response to a clear demand for culinary alternatives, she opened her first bakery complete with a gluten-free kitchen on Wisconsin Ave Nov 11.

“I started working with some kids with celiac disease, then they put my brother on a gluten-free, casein-free diet,” Mertz said. “At a certain point it just made sense to go completely gluten-free so people with celiac disease didn’t need to worry about there being cross-contamination in the kitchen.”

The bakery is also appealing to people who aren’t gluten-free, which contributes to its success, senior William Grinschgl said.

Mertz hopes to fight the stigma that gluten-free is only a trend because many people have health conditions like celiac disease. Because of the demand for gluten-free options in the area, Bethesda has long anticipated Red Bandana’s opening. The bakery piqued public interest when construction lasted longer than expected, and hundreds attended the grand opening, Mertz said.

“It was wonderful—there was a line out the door, which was the best that I could hope for,” Mertz said. “And just on a day-to-day basis there’s a lot of people who have celiac or dietary restrictions and they say, ‘We’ve been waiting for you to open.’”

“I think everyone should believe that gluten-free can taste just as good, especially when it comes to cakes,” Mertz said.