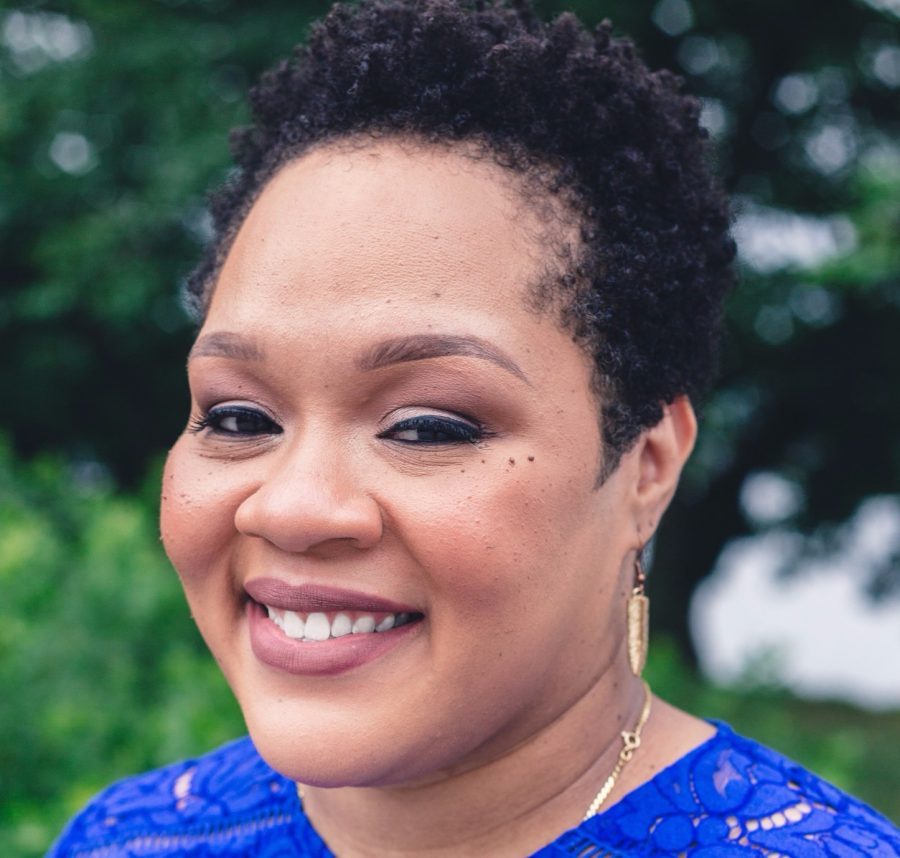 The Black&White: What has it been like trying to cover so many rapidly-emerging stories on sexual harassment?

Yamiche Alcindor: It’s been really tough trying to keep up with the pace of the news. It seems like every day there’s a new congressperson who has been accused of some sort of sexually inappropriate behavior, and it requires me to be on guard 24 hours a day to try to keep up with the news. I’m writing stories in the morning, I’m writing stories in the evening; just recently on a Sunday afternoon I was trying on my wedding dress, and I ended up having to write a story literally in my wedding dress because John Conyers decided to step down as the top Democrat on the House Judiciary Committee.

B&W: How do you think that the emergence of all of these allegations is going to affect the way society as a whole deals with the subject of sexual harassment?

YA: As a reporter, part of me thinks that more people will be willing to share their stories, that more women or more men will be talking to their families, their coworkers, and their friends, about their experiences with sexual harassment. But it’s also a case where some of these experiences are so shocking and traumatic that people might feel like they don’t want to talk about it, even if all these other people are talking about it.

B&W: Is there anything that these different cases of sexual harassment have in common? If so, what?

YA: One of the things that they definitely have in common is that they are mainly women, being sexually harassed by men who have power over them, either as a supervisor, or as a member of Congress, and you see women staying silent both to keep their job, as a way to actually survive and make money, but also out of fear for challenging a power figure, because they feel as though the system will not believe one woman’s word over a powerful man.

B&W: How have you seen race relations change during the Trump era?

YA: I think that race relations has always been a troubled part of American society ever since the beginning of our country. There are some people who think that president Trump has led to a new wave, a boldness, amongst some racist groups like the KKK, but I think if you ask a lot of African Americans, even while we had an African American President in the White House, we had members of the Black Lives Matter movement illustrating that African Americans were still being treated as unfairly long before president Trump was elected.

B&W: What do you see as the biggest challenges the country faces at the moment regarding race?

B&W: In covering the Trump campaign, what kinds of things did you see as a reporter that weren’t necessarily apparent to the general public?

YA: I think I saw the level of understanding that his voters had of some of the risks that they were taking. A lot of them didn’t see it as “oh yeah I’m picking the best candidate.” They thought of it as “I’m picking the most entertaining candidate, and I’m picking a candidate that kind of makes me laugh.” And that to me is sometimes lost because we write so much about the idea of some of his voters were undeniably motivated by racism, some of his voters were motivated by economics, by their status and wages, but some of them were really entertained by him and were really entertained by the fact that he is a reality TV star that had become a presidential candidate. I think that premise had a lot to do with why he was elected.

B&W: Some people believe that there could be a stream of celebrity presidents following Donald Trump. Do you believe in that theory?

YA: Honestly, sure. I have no idea what could be next. I think Donald Trump is seen a very figurehead person, but Barack Obama’s track was pretty remarkable too. He went from being a community activist, to someone who was obviously highly educated, but he was only in the senate a couple years before he ran for president, which is somewhat unheard of. I think both of them charted completely different paths that weren’t really used by other people. I guess there is the chance that someone like Kanye West or the Rock could use their celebrity to get people to vote for them. It’s completely possible. But there is also the possibility that people decide after watching Donald Trump’s presidency that they want to go with someone who has a lot of government experience. I think anything could happen.