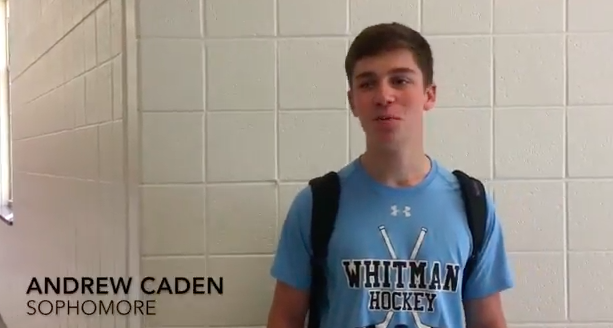 By Ben Levin and Maeve Trainor

The analysis used as a base in this article was provided by cbssports.com and csnmidatlantic.com. Statistics were provided by nhl.com and blackhawkup.com.

The NHL season is underway, and the Washington Capitals sit at 8–7–1 after a few inspiring victories and abysmal losses.

For the Caps, the preseason expectation this season remained the same as years past: catch the ever-elusive Stanley Cup while forward Alex Ovechkin, one of the best goal scorers in NHL history, is still playing. Each preseason comes with the same optimism, yet the eerily similar outcomes of the past few seasons quickly douses hope among fans.

Not only were the Caps knocked out of the playoffs by the Pittsburgh Penguins in the second round in back-to-back seasons, but they did so after leading the regular season league standings.

Over the offseason the Caps were able to hang onto key players like winger T.J Oshie and center Evgeny Kuznetsov. Signing both core players, however, meant losing valuable salary cap space. Without the proper money to re-sign other players, the Caps lost defensemen Kevin Shattenkirk and Karl Alzner and forward Justin Williams to free agency. Defenseman Nate Schmidt also left the nation’s capital, as he was selected in the Expansion Draft by the Las Vegas Golden Knights.

On paper, the Capitals purely regressed.

The Caps have entered the previous two seasons in similar situations, and still led the league in points. The veteran talent is still on the roster, yet everyone seems to overlook the defending Metropolitan Division winners.

Throughout 16 contests, the Caps boast the second-leading goal scorer in Ovechkin, while Kuznetsov sits sixth in the NHL in assists. Former Vezina Trophy winner Goalie Braden Holtby has been mediocre, ranking 17th among goalies with a 2.62 GAA.

With expectations tempered going into this season after consecutive playoff heartbreaks, the Caps are actually in a better position for success in 2018.

After opening the season with two strong wins, Washington looked ready to buck the trend. Optimism quickly dissipated as the Caps began a rough stretch in following, including home losses to the Toronto Maple Leafs and Florida Panthers.

Washington sits only five points behind the division leader New Jersey Devils, but will need stronger play in order to three-peat as division champs in the tightly contested Metropolitan.

As long as Holtby and the rest of the roster catch on to the stellar play of the veterans, the Washington Capitals have a tangible chance of a deep playoff run.