The Black and White • October 24, 2017 • https://theblackandwhite.net/57387/feature/local-dog-adoption-agencies-offer-fostering-programs/ 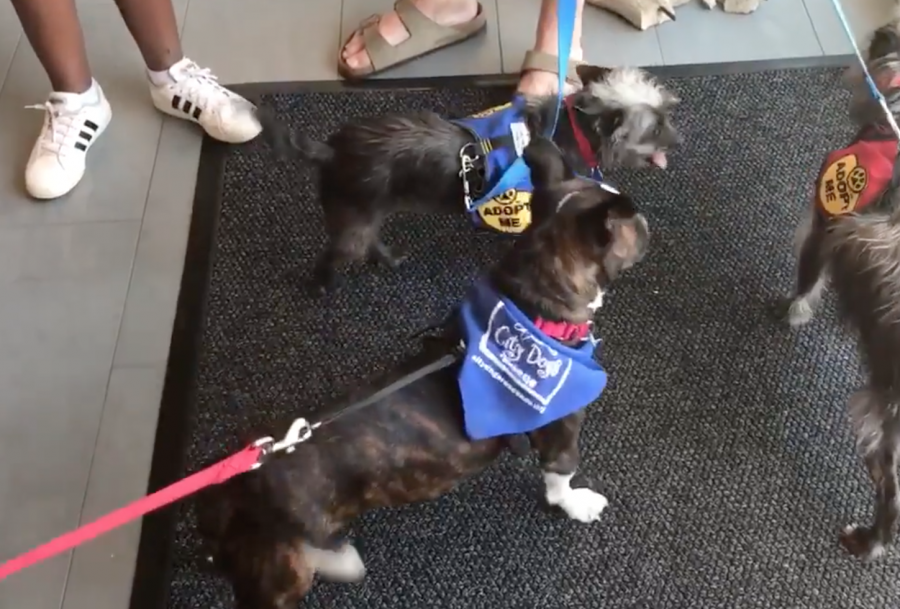 By Julia McGowan and Anjali Jha

Imagine getting a dog, developing a bond, loving it like your own, but then giving it away after one short month. For the hundreds of families who volunteer each year to foster dogs from rescue centers like City Dogs Rescue, this emotional cycle is a regular occurrence.

Instead of staying at the pound or an adoption agency, foster pets spend time in a temporary home before they’re given a permanent one. Agencies vet families through a background check, home visit and vet recommendation—if they have previously owned a pet—and then place the pets with the families.

“You take a dog in and you care for it, help them through the adoption process, and show them to perspective owners,” junior Lauren Oppenheim, whose family has fostered dogs 15 times, said.  “You just give it a home until it finds an adoptive family.”

Oppenheim’s family began fostering dogs in 2012 to help improve the often slow and sometimes ineffective adoption process. In shelters, dogs often face harsh living conditions, and shelters sometimes euthanize dogs if they’re ill or facility space is low, according to Akita Rescue Mid-Atlantic Coast Inc, one of the oldest Akita rescue groups in the U.S. This results in an estimated 1.5 million shelter pets euthanized per year, The American Society for the Prevention of Cruelty to Animals reports.

In the past, the Oppenheims have taken in dogs who faced euthanasia in shelters affected by hurricanes.

The non-profit organization takes in dogs from all over the country. Many dogs come from shelters where they ended up after being dropped off by previous owners, left by the curbside or found on the street. Some of these dogs are just days or even hours away from being euthanized.

“We work with partner shelters in southern Virginia, West Virginia and South Carolina,” Lombardo said. “Those are states that generally have kill shelters, so that means dogs that they receive can be euthanized if not adopted.”

In deciding whether to transfer dogs from shelters to the rescue center, City Dogs Rescue volunteers consider a number of factors, including their age, medical needs and personality. For dogs with certain medical needs such as heartworms, blindness, social anxiety and deformed facial features, rescue centers provide special housing.

In some cases, foster families become so close to their foster pet that they end up adopting him or her. Lombardo calls cases where dogs end up with a permanent home rather than a temporary one “foster fails.”

“It happens from time to time,” Lombardo said. “We also have a program called Foster to Adopt, where people can make sure that the pet is a good fit with the existing members of their household for a one week period.”

Not all foster families intend to house a dog permanently.

“Sometimes people tell me that they really wish they could adopt the dog they’re fostering, but they are not at a time in their life where they can commit to the long term responsibly,” City Dogs Rescue office administrator Jennifer Helburn said. “Other people have no interest in adopting, but they’re really excited to help find permanent homes for the animals so they don’t keep getting shuttled around.”

City Dogs Rescue hosts adoption events for both dogs and cats most Sundays at noon, as well as on select Saturdays. For the rest of October, they will be hosting Halloween themed events at various locations around the DMV.