The Black and White • October 2, 2017 • https://theblackandwhite.net/57086/feature/hypebeast-resale-culture-rises-in-prominence-at-whitman/ 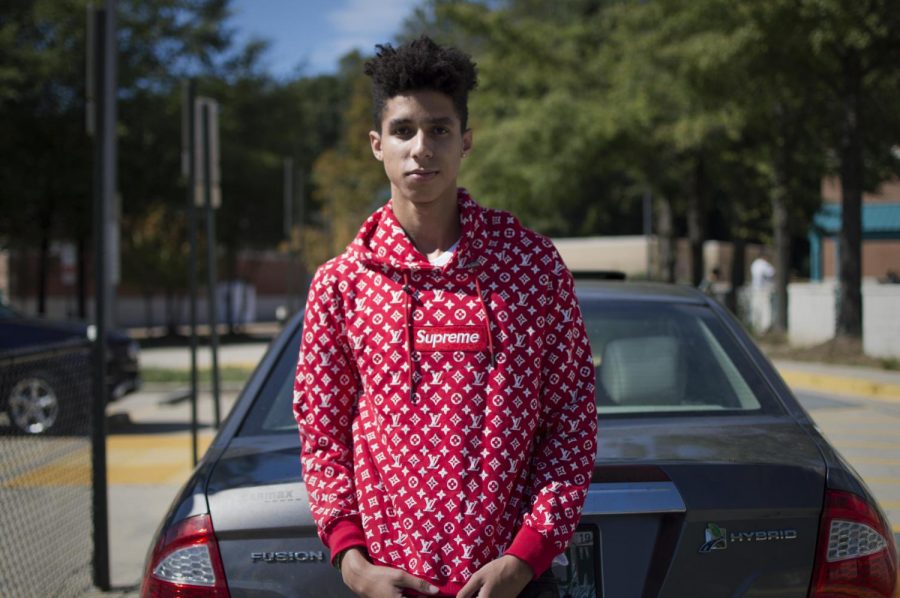 It’s Thursday morning, and senior Boyang Chen anxiously checks his phone. But unlike many students, he isn’t checking for texts, Snapchats or SAT scores. He’s waiting for the weekly release of a limited new clothing item from streetwear giant Supreme.

Supreme, known for its distinctive hoodies and shirts, is one of a few high-end clothing brands that have become increasingly popular among teens. Such students are popularly referred to as “hypebeasts,” characterized by their high-priced clothing that is linked to pop culture fashion trends. Popular hypebeast brands include Supreme, Off White and A Bathing Ape.

Most of these companies’ items sell out quickly on their normal retail websites, forcing customers to buy that same merchandise for a steeper resale price.

“I’m not always fast enough to buy the Supreme stuff because there are millions of people on their website at the same time as me,” Chen said.  “It’s only a matter of seconds before their new items get sold out.”

These products appeal to teens who want to be a part of the fast-growing hypebeast culture and have the means to afford the high-priced items. Senior Aldo Ninassi bought an exclusive Supreme X Louis Vuitton hoodie for the retail price of $3000; its resale price is now $8000.

“I bought it because it’s a status symbol and it looks really cool,” Ninassi said. “I also have a regular box logo Supreme shirt that has a retail price of around $30, but I bought it for the resale price of $400.”

Despite the expense, this clothing gives some students a way to express their personalities, according to hypebeasts.

“Buying hypebeast clothes is my hobby,” Chen said. “I can switch them based on my mood on a given day.”

“I buy this stuff for the retail price and then sell it at the resale price for a profit,” Levine says. “Stuff sells out pretty quickly online, so I use the autofill feature that lists my saved payment information to save time and get the items before they get sold out.”

Levine recently bought a black Supreme x Commes Des Garcons hoodie at its $168 retail price and resold it for $520, making a profit of $352. He sells his hypebeast clothes on Grailed, a website that caters exclusively to hypebeast products. Because of this, Levine and others consider it more credible than other resale websites such as Amazon and Ebay, where vendors sometimes sell knockoff products for the same high prices.

Though the resale market is convenient for those who aren’t fast enough to buy the hypebeast items they want, the high prices still mean that many students can’t invest in such products.

“I like that a lot more people are getting in on the trend and becoming hypebeasts,” Ninassi said. “Honestly, it’s never going to be something  the majority of students at a school wear every day, because it doesn’t fit everyone’s style and because of the high price.”