The Black and White • September 26, 2017 • https://theblackandwhite.net/57009/news/local-congressman-becomes-first-2020-presidential-candidate/ 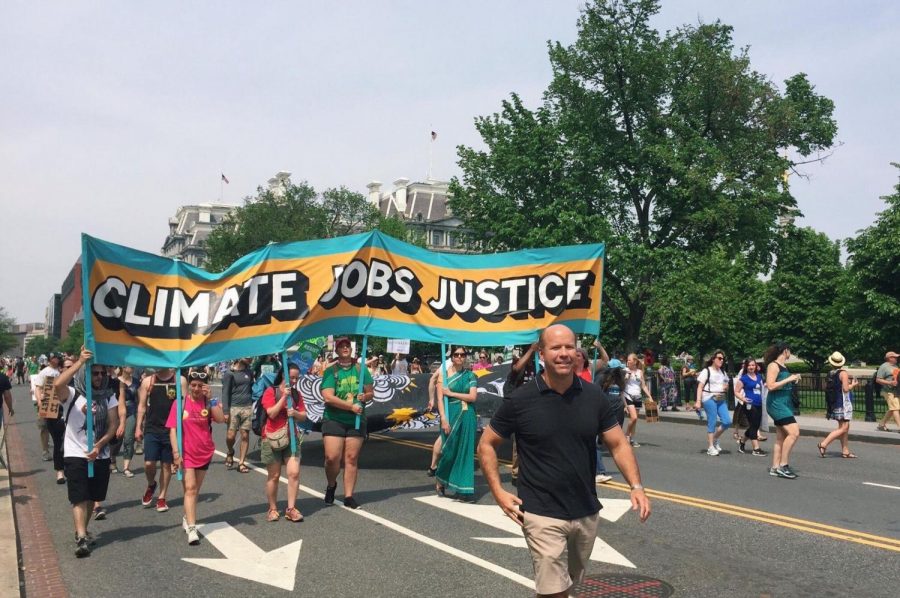 Congressman John Delaney (D-6) announced his candidacy July 28 for the 2020 presidential election, making him the first official candidate to do so.

Delaney has represented Potomac and Frederick County residents for the past five years and has worked to address issues such as raising the minimum wage. His campaign will center around technology and globalization, he said in his Washington Post op-ed.

“My focus is on preparing our country for the future,” Delaney wrote in his July op-ed. “Technological innovation, automation and globalization are the most powerful forces in the world today. These forces have been enormously positive; they will continue to make life better, enhance productivity, solve some of the world’s most difficult problems and open societies.”

Delaney’s announcement caught many people off guard, as he isn’t well known on the national stage.

“We all know certain congresspeople who have made a name for themselves over time like Maxine Waters,” Democratic strategist Rachael Rice said. “The toughest part for him is going to be the ‘who’ aspect.”

This historically early announcement, which was more than two years before the Iowa caucuses, took many by surprise.

“I was surprised by his announcement but by announcing early, he can get his name out there before other people join the race,” Democratic strategist David Thomas said.

Ray Crist, president of the Vikes for Action club, said he is worried the campaign may distract Delaney from his current job.

“He has done a good job representing Maryland in the past, but I think more of the Democrats should focus on protecting our values and worrying about the current Congress,” Crist said.

Delaney appointed former president of the Maryland Democratic Party Terry Lierman as co-chairman of his campaign September 13. Lierman previously advised Martin O’Malley in his presidential campaign. Delaney believes this experience will prove beneficial, he said in a statement.

“With his knowledge and experience at the highest levels, Terry is a perfect fit for our co-chair,” Delaney said.

Despite the challenges that Delaney will likely face, Rice believes there is no way of truly knowing how successful a candidate will be, she said.

“I think anyone who is willing to put themselves out there for public service deserves a lot of credit for putting their hat in the race,” Rice said. “[He] may not be the most well known, but you just don’t know what could happen.”