The Black and White • September 26, 2017 • https://theblackandwhite.net/57006/sports/girls-soccer-defeats-einstein-kennedy-over-three-day-stretch/ 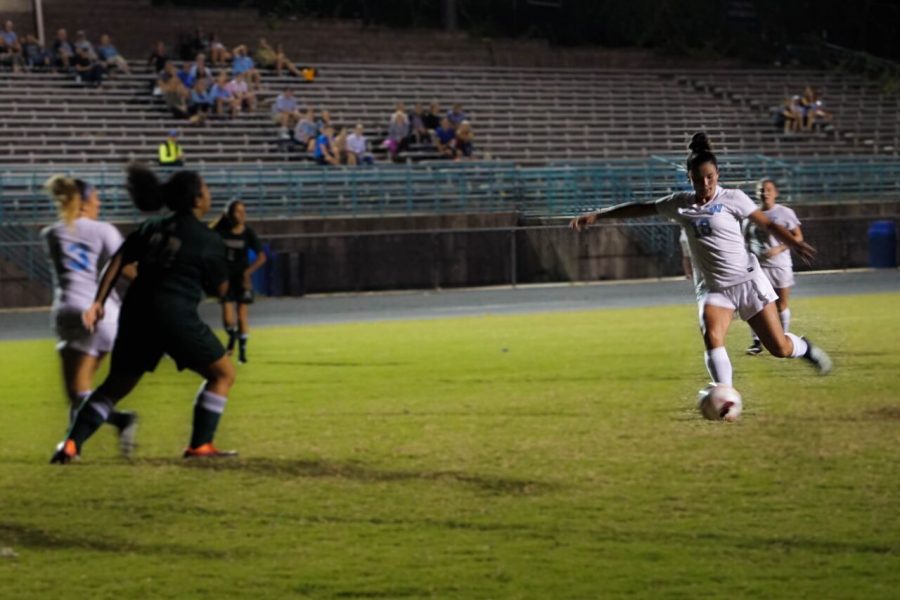 The Titans scored the first goal of the game, but the Vikes answered with a goal shortly after. After trading goals, the team was able to get ahead before the end of the first half, and held the Titans to no score in the second half, ending in a Vikes victory.

The squad’s goals were scored by midfielder Chelsea Cahill, as well as forwards Molly Knox and Caroline MacDonald.

The girls soccer team (4–1) crushed the Kennedy Cavaliers (0–6) Monday, in an overwhelming victory of 11–0, with goals coming from 11 different players.

The Vikes came out and pushed the ball on attack, dominating the field, and scoring 7 goals before halftime. With a victory all but sealed, the Vikes slowed the game down in the second half, focusing more on team play and defense instead of attack.

The Vikes next play the Wheaton Knights away Thursday at 7:15.