The Black and White • September 26, 2017 • https://theblackandwhite.net/56990/sports/girls-soccer-loses-battle-of-bethesda/ 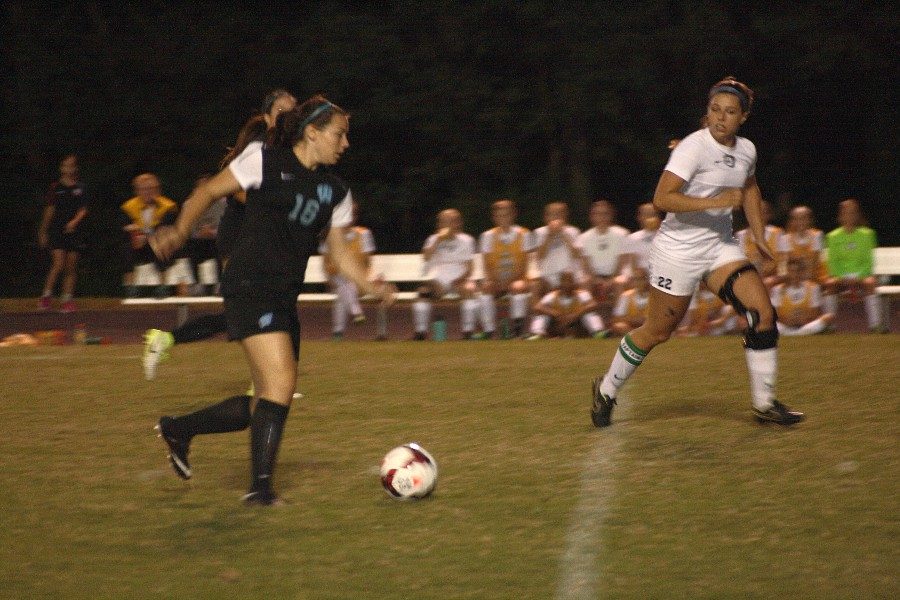 Forward Molly Knox heads to goal on a breakaway against rival B-CC. The Vikes competed in the third annual Battle of Bethesda against the Barons. Photo by Frannie Cohen-Dumani.

Heading into the game, the Vikes were even more pumped up than usual, as they played their biggest rival and one of their toughest opponents, center defender Morgan Wiese said.

“We’re always pretty focused and excited going into games, but especially this one because we know a lot of the girls on the team, and we just really wanted to play hard and beat them,” Wiese said.

The squad came out aggressive in the first half, but in the second half, the Vikes gave up two goals and couldn’t bounce back offensively.

“I think we had a lot more energy in the first half, and the game was really even,” Wiese said. “In the second half, we started getting tired out, and it led to B-CC having a lot more chances.”

Looking forward, the Vikes know what they need to improve, and feel ready to make those changes for the rest of the season.

“We needed to play quicker and finish all of our chances in front of the goal,” defender Lauren Meyer said. “We’re definitely going to work on this in practice, and I know everyone is motivated to work hard.”