The Black and White • September 14, 2017 • https://theblackandwhite.net/56829/sports/september-11-girls-boys-soccer-dominate-blair-blazers/ 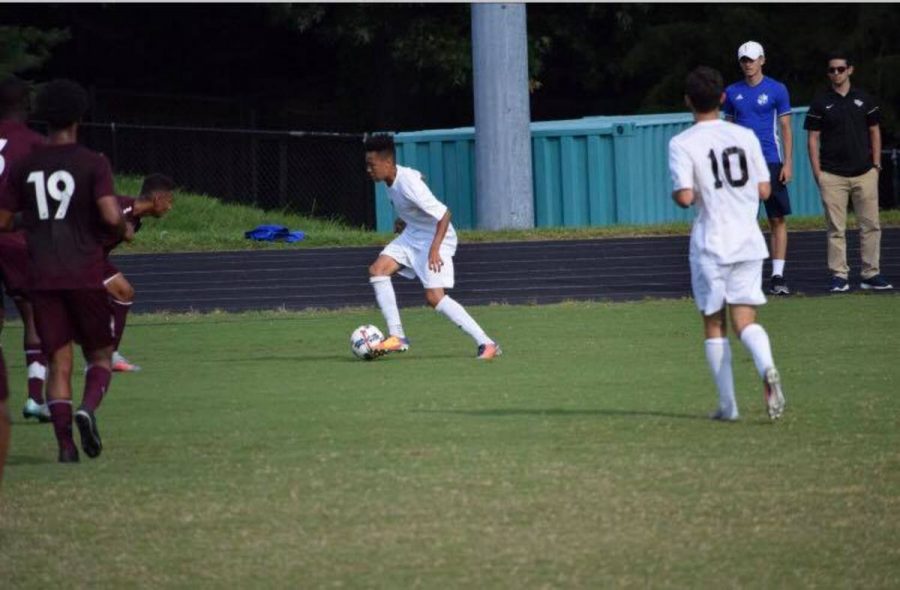 The BOE voted to move forward with the construction of Whitman's turf field April 24. The vote was surrounded by controversy over the selected infill material, called Zeofill. Photo courtesy of Carla Machado.

By Elyse Lowet and Ariana Faghani

Girls soccer (2–0) defeated the Blair Blazers (2–2) Monday, holding the their opponent scoreless with a final score of 4–0.

The Vikes controlled both ends of the field, pushing their attack and limiting the Blazers to only six shots on goal. Forward Mary Kate Skilling sparked the Vikes’ momentum, scoring just under ten minutes into the first half. Midfielder Eliza Murray and forwards Jaclyn Morgan and Caroline MacDonald each also contributed one goal.

The game remained slow with little action. Although the Vikes had more possession, they were only able to secure one goal in the 28th minute, when right back Cameron Jones netted a pass from midfielder Ryan Jones. After the first goal, the Vikes had multiple scoring chances but were unable to convert again.