The Black and White • September 8, 2017 • https://theblackandwhite.net/56724/sports/september-1-football-loses-season-opener-to-landon/ 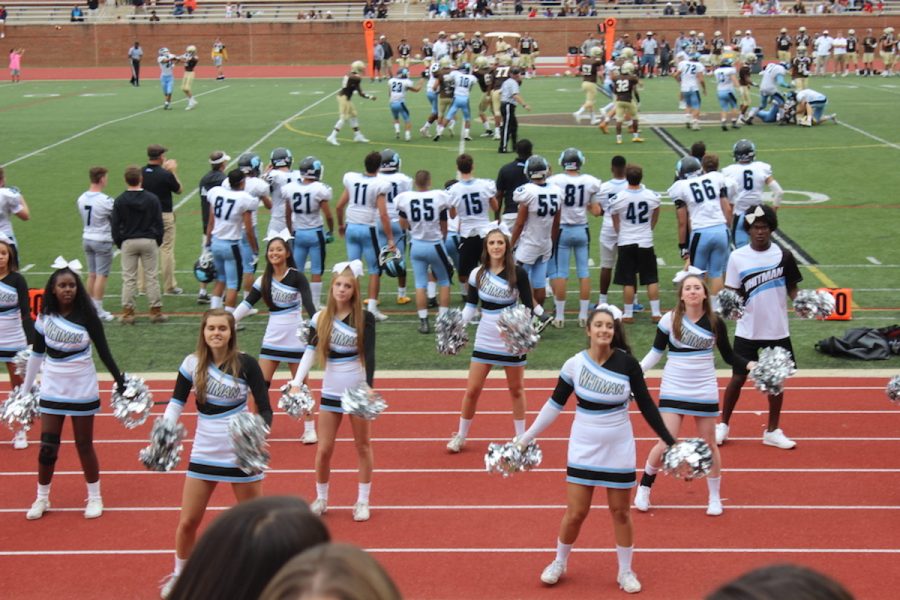 Football players watch their teammates on the field. The Vikes lost their season opener 34-0 to the Landon Bears, a slow start to their season. Photo courtesy Cami Corcoran.

The football team (0–1) lost its season opener 34–0 to the Landon Bears (1–0) Sept. 1. The Bears got off to a fast start, returning the opening kickoff for a touchdown, and the Vikes couldn’t bounce back.

“We tried to stay positive after the slow start, but it was rough to start the game down by seven,” quarterback Elliot Kelly said.

The Bears kept their early momentum going throughout the first half, forcing defensive stops and converting them into red-zone drives. Behind 27–0 at halftime, the Vikes attempted to regroup going into the second half.

“[At halftime] Coach Slick just reminded us how hard we’d worked and wished for us to want to win more than they did,” wide receiver Bruno Vipulis said. “Everyone was in shock and just trying to pump each other up so it didn’t get much worse than the first half.”

The Vikes’ defense picked up in the second half, forcing two interceptions and limiting the Bears to only one touchdown, but the squad’s offense was unable to break through Landon’s defense to get on the board.

Despite this loss, the players look to move forward and focus on upcoming opponents in hopes of meeting their goal of making playoffs this year, Vipulis said.

“I think we can be successful,” Vipulis said. “We have all the right pieces, we just need to figure out how to put them together.”

The Vikes play the Einstein Titans Friday at 6:30 at Einstein High School.