The Black and White • June 5, 2017 • https://theblackandwhite.net/56527/feature/claims-that-fidget-toys-help-adhd-students-spark-debate/ 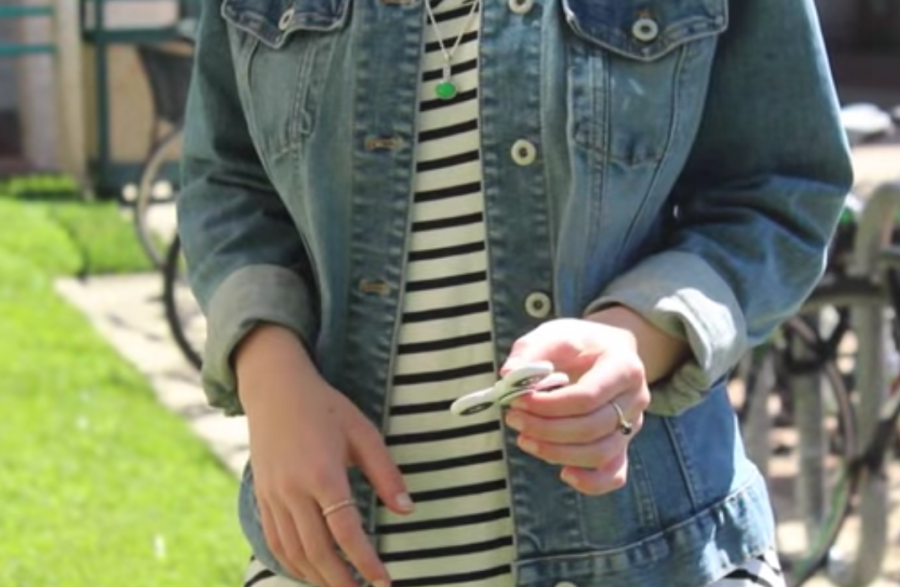 No matter where you go at Whitman, you can’t miss them. Whether they’re in students’ hands, spinning on tables or gaining admiration in class, fidget spinners are everywhere. These simple gadgets have flooded schools across the country, as students have become obsessed with them over the past few months. But these spinners were originally marketed not as the next big trend but as an aid to help students affected by attention deficit disorders focus.

The fidget spinner is the latest and most popular addition to a growing fidget toy industry, which also includes fidget cubes and thinking putty. The toys’ rise in popularity has sparked controversy over claims from marketers that the toys provide a solution to attention deficit disorders, such as Attention Deficit Hyperactivity Disorder (ADHD), and Autism.

The toys are controversial in part because the benefits of fidgeting depend largely on the individual, pediatrician Karen Dorsey said.

“Fidgeting makes them focus a little bit on a physical thing that they’re doing, and that calms the other aspects of the brain,” Dorsey said. “In some children, that really helps them; in others it’s just a sign of inattention.”

Fidget toy advocates cite studies demonstrating the value of multitasking to explain fidgeting benefits. In one study by Purdue University, children with ADHD focused better on a primary task when engaging multiple senses.

Sophomore Andrew Goldsholle said multitasking with a fidget cube allows him to focus for longer periods of time than he could on ADHD medication alone.

“If I’m doing the buttons on the cube and I keep pushing them, and I have my math in front of me, I’m able to have my mind completely focused on that because my body is busy with the cube,” Goldsholle said.

But there’s still not enough scientific evidence to prove that fidget toys actually help students with ADHD, and without such evidence many will continue to see the toys as a distraction and waste of time, Dorsey said.

Senior Mauricio Gottret-Murillo said he doubts that the devices really help with ADHD. He tried both the fidget spinner and fidget cube, but neither reduced his ADHD symptoms, he said.

“They were fun to play with for like a few days, but they didn’t really keep me focused during actual homework or an assignment,” Gottret-Murillo said. “That it helps for ADHD is more of a marketing tool.”

Some teachers and schools that also doubt the toys’ advantages have banned them for serving as a distraction to students, while other educators view them as helpful to students struggling with attention and encourage their use.

Engineering teacher Rachel Stender believes the fidget toys can help certain students, but that increasing focus isn’t primarily what the students use them for, she said.

“I had a student one year who had an issue: he had a need to physically shred stuff all the time. For a student like that, having something in your hand to keep your hands busy but still concentrate would be a perfect fit,” Stender said. “But I do think a lot of the students who are using them are just using them because it’s kind of fun.”

While many think fidget toys are just another trend that will soon fade in popularity, some students believe that their benefits in terms to those who need help focusing will cause the fidget toys to stick around.

“Yeah they’re a fad, but they also help people with ADHD focus,” said freshman Dana Herrnstadt. “So they might stay around but not be as big.”