The Black and White • June 2, 2017 • https://theblackandwhite.net/56513/feature/artist-spotlight-singer-becky-keteltas/ 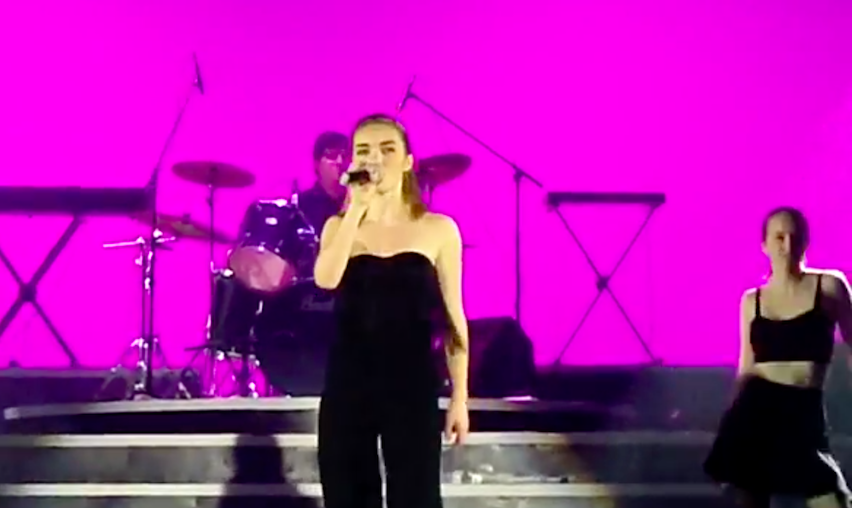 Sitting in the audience at the Kennedy Center in 2002, 3-year-old aspiring singer Becky Keteltas watched in awe as the Washington National Opera performed Cinderella. Today, Keteltas works with that same company.

Now a senior, Keteltas is a veteran singer. Her singing career began at age seven when she and her older sister auditioned for roles in their summer camp’s musical. Keteltas continued singing in school choruses and participated in the Whitman Drama program, where she found her passion for music.

“It was really exciting for me to have something that I was good at,” Keteltas said. “Once I discovered that, I just kind of kept running with it.”

Keteltas has participated the fall musical each year and talent show during her high school career as well as the student-directed one act plays for the past two years. Though she mainly performs with Whitman Drama, she has also participated in the Washington National Opera’s summer program.

Keteltas’s favorite parts of music include how the sounds of musical notes vary and how a singer can alter them based on his or her individual voice, she said.

“I just think it’s really cool that several people or more can take one piece of music or two and make it their own,” Keteltas said. “Everyone’s voice is so unique.”

Keteltas hopes to spread her love of music to younger generations. For the past five years, she has run a week-long singing camp with senior Alistair Coleman for children ages 5-12. Under Keteltas’s direction, campers rehearse one of Coleman’s original musicals and perform it at the end of the week. Coleman, who has also worked with Keteltas during school performances, said he appreciates her expertise when they team up.

“My experiences working with Becky musically have inspired me to continue collaborating with singers, pianists and songwriters,” Coleman said.

Keteltas says her older sister, Emma, who sings in an a cappella group at Cornell University, is a source of inspiration. Emma’s passion for music led her to leadership roles at Cornell, which Keteltas said she hopes to have as well when she attends Tulane University in the fall.

“She showed me how far a person can take singing and how fun it can be, how much you can get out of it and what it leads to,” Keteltas said.

Keteltas has held her own leadership positions in high school as co-director of the a cappella group “Pitch Please” with senior Stefanie Abramowitz.

Chorus director Jeff Davidson has worked with Keteltas for four years from freshman chorus to chamber choir. She has improved tremendously during her time in the music program due to her efforts both in and out of school, Davidson said.

“She’s very advanced, very dedicated, very mature,” Davidson said. “She leads a lot of the other girls and helps [them] learn their music and hear it better.”

This dedication for singing has lead Keteltas to enjoy singing as a way to express her individuality in a way that is unmatched by other outlets, she said.

“Everyone plays instruments very differently,” Keteltas said. “But a voice is very personal and special.”