The Black and White • June 1, 2017 • https://theblackandwhite.net/56403/news/students-businesses-unhappy-with-new-metro-prices-hours/ 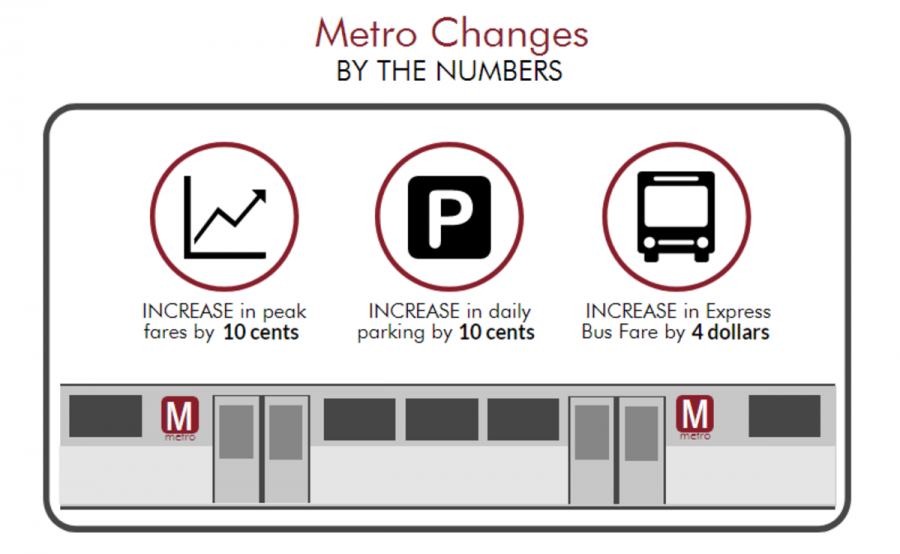 The Metro will increase its fares and adjust its hours beginning June 25 to avoid a potential budget deficit.

The new fares could affect many students who regularly commute to Washington for summer jobs and internships.

“My company refills my Metro cards when they get low, but I can imagine that many workers are going to have to spend a lot more money on their commutes,” senior Serena Tycko said.

Students in off-campus clubs who regularly use Metro to commute to practices, such as the sailing club, also said they dislike the change.

“It’s definitely a pain because I have to set aside a certain amount of money for Metro, which is usually about 30 dollars a week,” sophomore Rachel Zeidenberg said. “Now it’s going to get very expensive to ride.”

“These cutbacks of the hours could hurt our members, their customers and their employees, especially hotels and restaurants,” Italiano said. “While we respect Metro’s decision to increase maintenance, we believe more cutbacks will only deter people from using Metro.”

In stations that operate only one line during rush hour, Metro also decided to extend train operating times to every eight minutes, increasing the wait time by two minutes. The additions to the budget displeased some members of the Bethesda Chamber of Commerce, Italiano said.

“When trains are less frequent, they are much more crowded and obviously, people’s morning or afternoon commute is even longer,” Italiano said. “This leads to more frustration and more of a chance they’ll decide to drive to work, adding more traffic on the roads.”

Despite strong opposition to the budget, Metro General Manager Paul Wiedefeld believes the adjusted hours and fares are necessary to enhance passenger safety and increase system reliability, he said in a press release.

“I recognize that even with some relief for customers, this proposal is tough medicine for the region, jurisdictions, riders and Metro employees,” Wiedefeld said in the release. “All of whom must contribute to balance this budget.”