The Black and White • May 15, 2017 • https://theblackandwhite.net/56145/sports/girls-lacrosse-defeats-walter-johnson-advances-to-sectional-finals/ 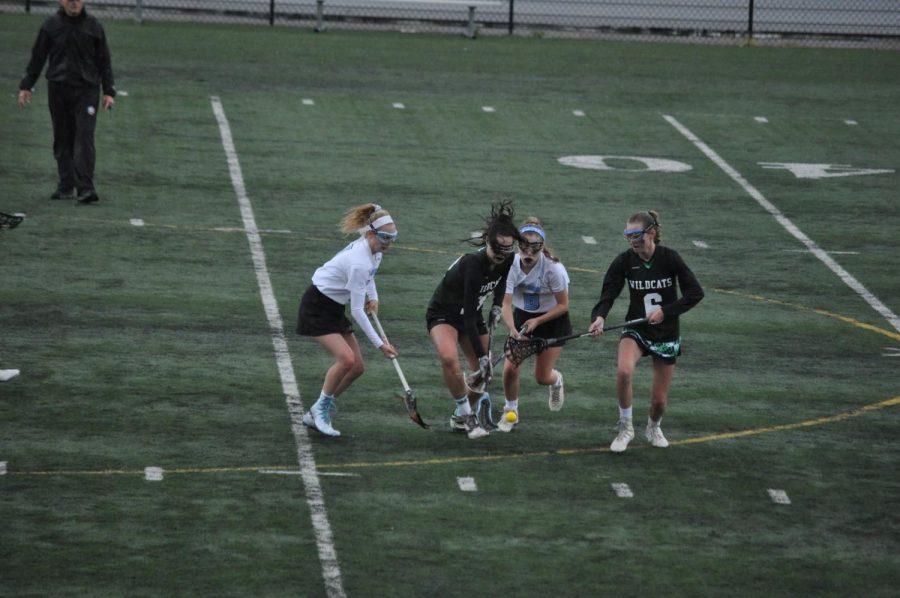 Attacker Gaby Svec gave the Vikes early momentum, scoring the first four goals of the game.
“We were all really pumped up and ready to play, so when we got the ball on attack, we drove straight to goal,” Svec said.

Capitalizing on the early lead, the squad kept attacking the Wildcats’ physical defense, forcing numerous fouls within the eight meter that translated into four goals.

“We expected them to be aggressive, especially when they started losing, but we knew that we had to push through and not expect any calls,” Svec said.

On the defensive end, the team quickly adapted to the Wildcats’ fast paced offense, and goaltender Claire Hisle made nine huge saves for the team.

“The defense was working really well together, and we finally got the chemistry that we had been working on since the beginning of the season,” defender Morgan Freund said. “We were communicating really well, which helped a lot.”

The team plays the Churchill Bulldogs at home on Monday night at 7:00 p.m.