The Black and White • May 11, 2017 • https://theblackandwhite.net/56110/news/speaker-educates-community-on-promoting-kindness/ 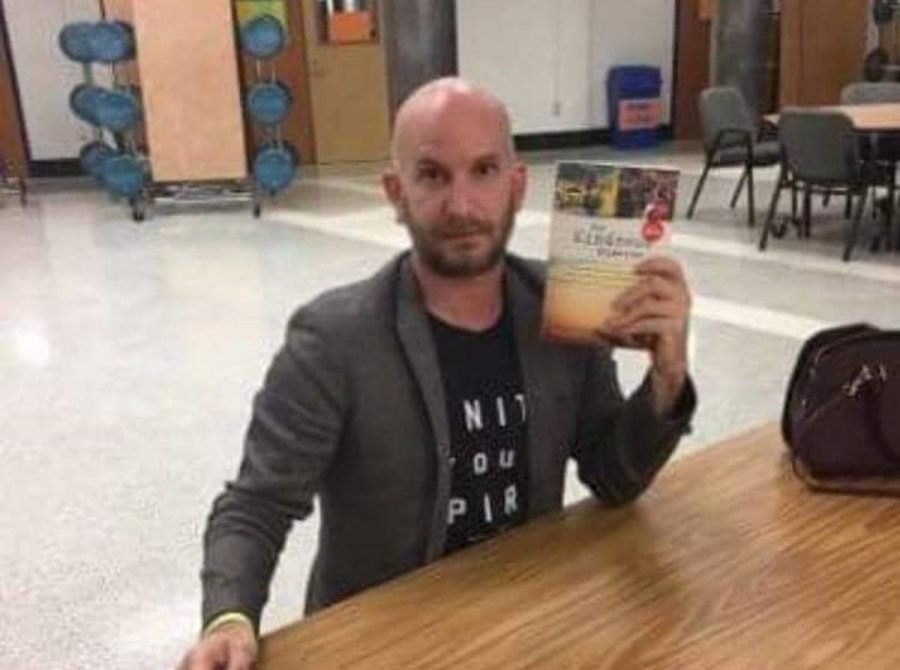 Leon Logothetis spoke to the Whitman community May 10. Logothetis traveled around the world to spread kindness and recently starred a Netflix series. Photo by Eric Neugeboren.

Leon Logothetis, author, director and producer of the new Netflix series “The Kindness Diaries,” visited Whitman May 10 to promote his show and talk about the importance of spreading kindness.

Based on his book of the same name, “The Kindness Diaries” documents Logothetis’ journey encouraging kindness to strangers around the world.

“Through my travels, I have learned that even though societies around the world are very different, at the core, people are the same because of our hearts and behaviors,” Logothetis said.

Senior Michael Choi, one of over 200 attendees at Logothetis’ presentation, said he felt inspired by the speech.

“Leon’s stories about the people he met were absolutely amazing and really show how much kindness can change people’s lives,” Choi said. “I am definitely going to be more conscious of my decisions and interactions with others and really try to emulate his kindness as much as possible.”

Logothetis’ appearance was sponsored by the Stressbusters Committee, a club spearheaded by Whitman parents, with support from principal Alan Goodwin. The committee hoped Logothetis’ message would be extremely beneficial for the Whitman community, committee member Karen Rosen said.

“Stressbusters is focused on promoting the emotional well-being of the community, so Leon’s message and experiences from around the world really seemed important for our community to hear,” Rosen said.

Goodwin also stressed the value of  Logothetis’ presentation, which he hopes will positively influence students, he said.

“Leon emphasizes that you can really help a person by being kind,” Goodwin said. “It doesn’t cost anything to be kind, but people can hurt each other by being unkind, so his message fits into my goals as an educator.”

Logothetis’ visit to Whitman marked the final destination of his six-week nationwide tour, which had 55 stops. Most stops were at high schools and middle schools due to Logothetis’ own experiences of isolation throughout high school.

On his next journey, Logothetis plans to travel from Canada to Argentina to continue spreading his message of kindness.