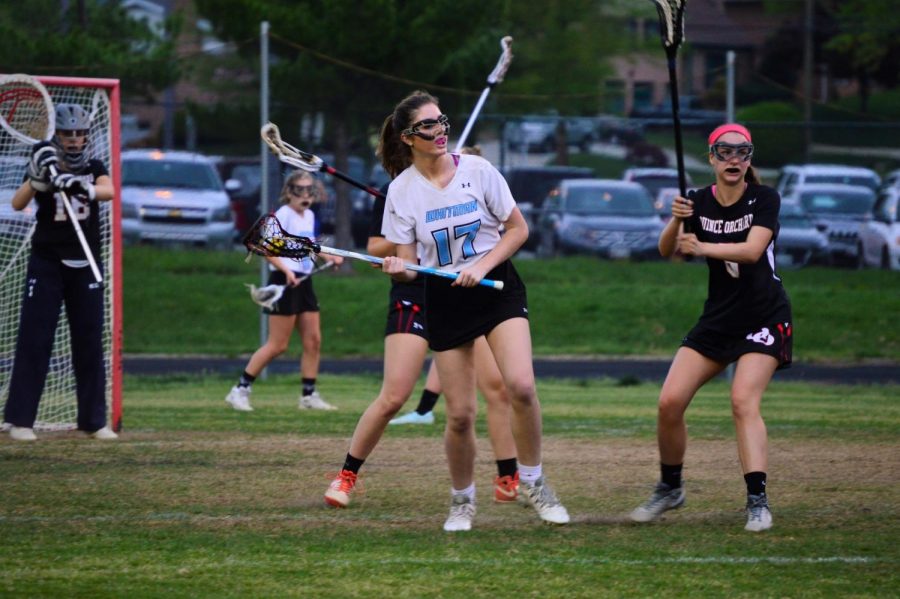 The girls lacrosse team looks to push the ball out of the defensive zone in Thursday's game against QO. Photo by Annabelle Gordon.

The girls lacrosse team (6–1) added to their four game winning streak, doubling up the Quince Orchard Cougars 14–7 on Friday.

The game was a two-day affair, with rain suspending play the first day with the Vikes comfortably ahead. The squad was outscored on the second day, but won the game nonetheless.

The Vikes next play Tuesday away against the archrival B-CC Barons at 7:00 p.m.

The baseball team (7–2) tallied their fifth consecutive win after trampling the Churchill Bulldogs 10–5 on Thursday.

The Vikes play away Friday against the Sherwood Warriors at 3:45.

The boys lacrosse team (4–2) fell to the Quince Orchard Cougars 6–4 Friday in a two-day contest due to rain.

The team plays at Walter Johnson on Wednesday to take on the Wildcats at 7:15 p.m.