The Black and White • April 5, 2017 • https://theblackandwhite.net/55856/feature/cats-funk-infuses-comedy-substance/ 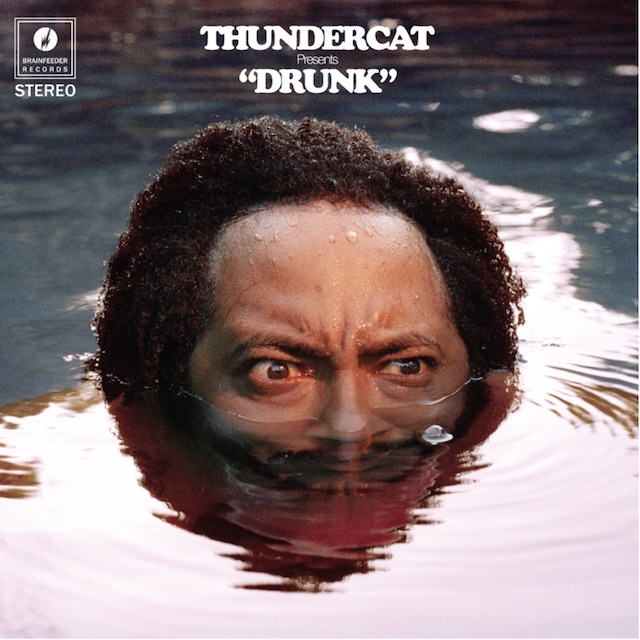 After garnering respect and popularity for his feature on Kendrick Lamar’s “To Pimp a Butterfly,” Thundercat released his first full project, “Drunk,” Feb. 24. The bassist brings the funk throughout the album, even adding his signature comedy, evident in his Twitter bio: “afraid to fart.”

From “Friendzone,” where he cleverly sings “I’ve got enough friends anyway,” and “I’d rather play Mortal Kombat,” to every aspect of the song “Captain Stupido,” Thundercat stays entertaining throughout the marathon 23-track album.

Although the 23 songs make the release seem long, only six are over three minutes, so listeners won’t be bored because the album is a reasonable 52-minutes. However, the downside to having so many short songs is that each song sounds unfinished and experimental. For example, “Jameel’s Space Ride” is fun but not much more, and “Lava Lamp” is just weird, as Thundercat’s falsetto doesn’t fit in with the sound he created for the track. Neither serve much purpose on the album.

One of the centerpieces is “The Changes,” the funkiest song on the album. The bass is bumping, and here, his Falsetto is mesmerizing. Throw in the upbeat piano and saxophone that compliment the bass, and Thundercat made one of the grooviest songs on the album.

He may be new to the music industry, but Thundercat is here to stay. “Drunk” is a testament to his ability to master and combine different skills for a full-length album.