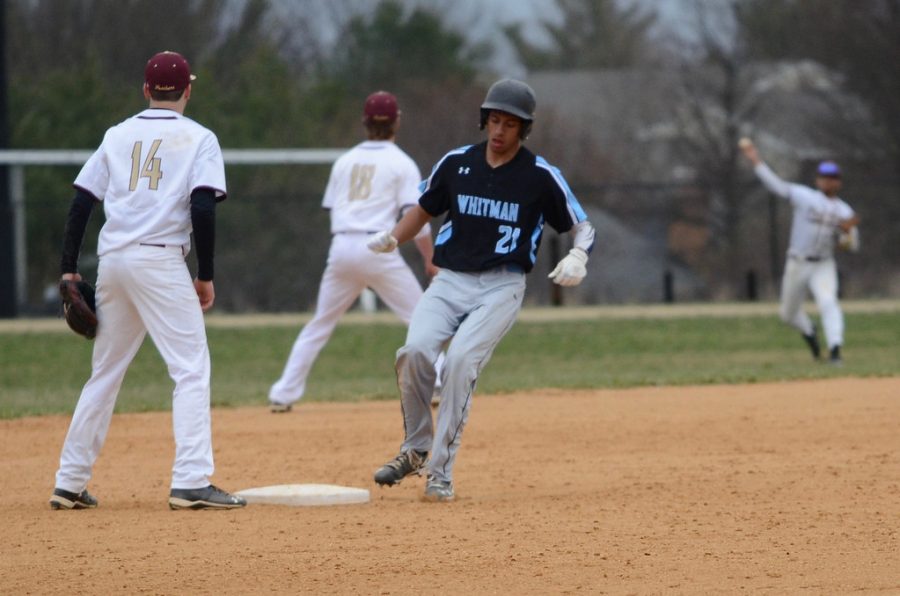 First baseman Noah Clement hit a double and a triple in the team's victory over Paint Branch. Photo courtesy of Whitman baseball.

The baseball team (3–2) decimated the Paint Branch Panthers 10–1 on Thursday, stringing together consecutive wins for the first time this season.

The Vikes allowed a season-low run total behind pitcher Ezra Pine, who dissected the Panthers for 12 strikeouts. The team dominated throughout the contest, scoring in five of seven innings. Outfielder Eric Wayman led the offense with four hits and three runs, and third baseman Jack Ryan had three hits and an RBI on the day.

The Vikings return home to face the Rockville Rams on Monday at 3:45 p.m.

The softball team (0–5) fell to the Paint Branch Panthers 12–2 on Thursday, as their defense let them down.

The team’s next game is Monday at home versus the Rockville Rams at 3:45 p.m.

The Vikings look to continue their hot streak next Monday when they travel to take on the 4–1 Wootton Patriots at 7:15 p.m.