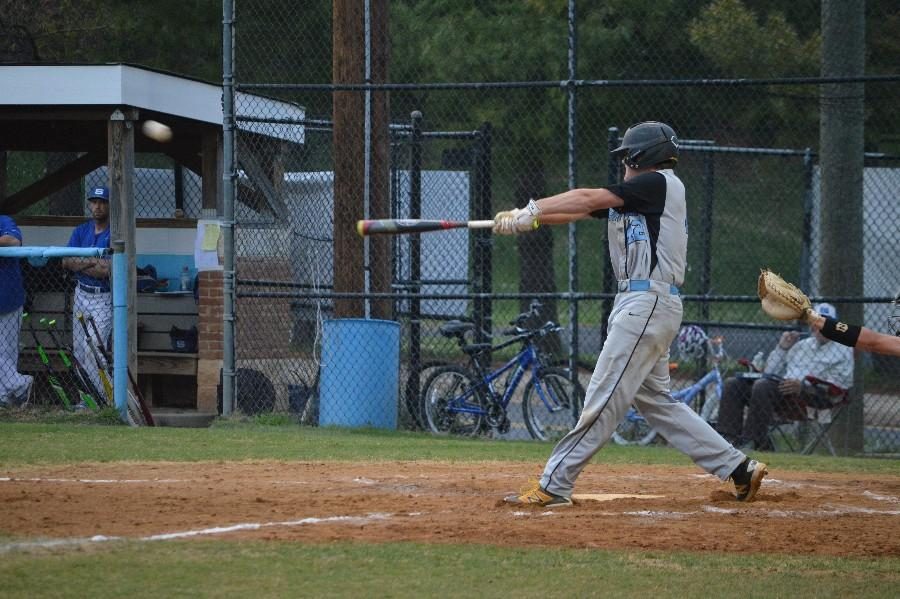 Despite the loss of All-Met pitcher Sean Cook and the 2016 graduating class, the baseball team remains confident going into this spring after a 14–5 record last year.

“We always hope that we can contend to win the region and move on from there,” coach Joseph Cassidy said. “This year more than any year, I think any team can win the region, but we have a lot of work to do to get to that point.”

The Vikes boast 12 seniors on the roster, including outfielders Eric Wayman and Noah Clement and second baseman Sean Hannegan. With many versatile players changing positions this season, the team aims to build on last year’s strong campaign.

“We’re not really sure what to expect. There’s a bunch of things that haven’t really been settled yet,” Wayman said. “But we know we’re gonna be a force to be reckoned with.”

Players said they’re looking forward to the tough competition this year, including a meeting with the Blair Blazers, who have knocked the Vikes out of the playoffs the past two years.

The season opener is at home against Seneca Valley Tuesday at 3:45 p.m.

After a 12–3 season and regional final appearance, the girls lacrosse team looks to build off of last year’s success.

Last season, the Vikes were anchored by a powerful offense, scoring 16 or more goals in five different games. The squad’s strong offense will return, including leading scorer and top draw controller Eden Gray.

“Eden is really crucial in winning draws,” low attacker Gaby Svec said. “This is really important because this year there is a new rule where the low attack/defense can’t cross the restraining line until there is possession.”

In addition to Gray, goalie Clare Hisle will return. Hisle held opponents to four or fewer goals in eight of the 14 games last year.

“Clare always makes major saves which aides our defense and is always calm to clear the ball,” Svec said.

This season, the squad plans to put emphasis on playing their best during county competition, especially for games against rival schools.

“Our team goal is definitely to beat Churchill again since we lost to them last year in playoffs,” Gray said.

The Vikes will kick off their season Tuesday at Springbrook at 7 p.m.

Last season, the boys lacrosse team finished 8–6 and advanced to the second round of playoffs before falling to the Churchill Bulldogs in a hard fought game.

“Last year was a pretty good year,” goalie Jackson Parker said. “We beat Wooton which we hadn’t done in six years, and we saw young guys grow into prominent roles.”

However, the graduating class was small and the vast majority of the team is returning for the 2017 season. Players believe that this abundance of experience will help the team overcome the struggles with inconsistency which plagued the 2016 squad.

“We expect to win the games we’re supposed to in dominant fashion and compete at the highest level with teams like Churchill and Wooton,” Parker said.

The team opens its season Tuesday against Springbrook at 7:15 p.m.

After winning their third consecutive division championship, the boys tennis team is looking to recapture the county title after finishing in third last year after titles in 2014 and 2015.

Last year, the Vikes went undefeated in the regular season including key wins over Churchill and Quince Orchard. While the squad returns many of their singles players from last year’s team, the Vikes will need major contributions from their freshmen if they want to succeed, singles player Andrew Leung said.

“We have a lot of strong freshmen coming up like Zach and Leo, so we will definitely be able to improve our fourth singles and first doubles positions,” Leung said. “Most of us are also relatively familiar with the new kids so we already have the team chemistry that is needed to go far this season.”

Leung, Evin Mcdonald and Jack Welch will lead the team in singles, all of whom went undefeated last year. Mcdonald is a top 50 tennis recruit in the nation and a national champion, Leung said.

“Our biggest strength will be our singles spots.” Leung said. “If our doubles step up, we can definitely have a great season. “

After completing last year’s season with a winning record of 7–5, the coed volleyball team is back and hoping to echo last year’s momentum.

“Last year, we started out the season really strong going 4–0 which really surprised everyone on the team because none of us had played together before,” senior Julia Eisenberg said. “So this year, we are hoping to do the same.”

The team has a host of new players this year, many of whom are new to the sport entirely.

“Most of the boys on the coed team have never played volleyball before so we have been going over the basics and scrimmaging a lot,” Eisenberg said. “This will help everyone get used to playing with each other and improve their court awareness.”

With the season fast approaching, the veteran players are eagerly anticipating rivalry games against Churchill and Richard Montgomery, two teams they lost to in close games last season.

“Our main goal is to win as many games as possible,” Eisenberg said. “But I think we are all looking forward to getting to know each other better and having a lot of fun because that’s really what coed volleyball is about.”

Their first game is Tuesday at Poolesville at 5:30 p.m.

Last year, the boys volleyball team finished with a losing record of 4–8 and lost in the first round of playoffs. This year the team is looking forward to a great season ahead with new talents like junior Ryan Shaffer and senior Justin Baker.

With the start of the season fast approaching, the team has been breaking down the game with emphasis on creating camaraderie and improving skills due to the new roster, Shaffer said.

“To prepare for the season, we’ve done a lot of skill work,” Shaffer said. “We’ve also spent a lot of time learning strategy to get the best attack possible each possession.”

The team is anticipating rivalry games against schools like Wootton and Richard Montgomery on its path to the playoffs.

“This season we’re hoping to improve on the record we had last season and get a few wins in the playoffs,” Shaffer said.

The team plays at Poolesville Tuesday at 7:15 p.m.

Despite a 4–12 playoff loss against Northwood last year, the softball team is looking to build on their previous success.

This year the team will be built around a number of younger players in addition to senior leadership.

“We are a very young team. We will be starting four underclassmen, our pitcher Riley Kuehn is a sophomore and she has a whole year of experience with her so I think that will be really good, and we have senior leadership, too,” coach Anne Marie O’Donoghue.

O’Donoghue said one key to the team’s success will be their play in the field.

The team opens up at home against Seneca Valley at 3:45 p.m.