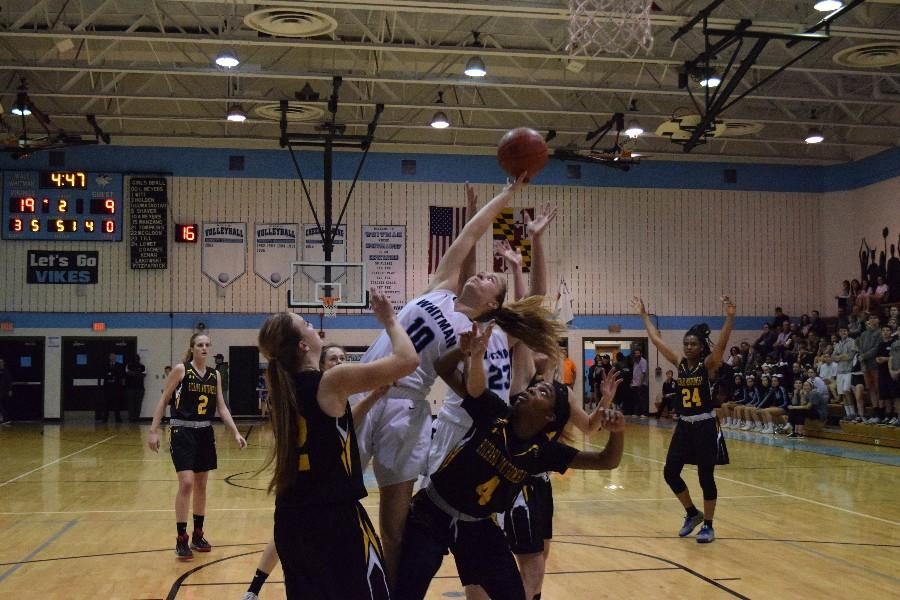 The girls basketball team (20–3) shut down the Richard Montgomery Rockets 42–22 to advance to the regional finals behind a suffocating defense that held the Rockets to their lowest point total of the season.

Entering the game, the Vikes devised a defensive plan to deal with their three main scorers, guard Brooke Gumotaotao said.

“Abby was able to perfectly guard their point guard which really took her out of her groove,” Gumotaotao said. “Livy was able to hold her matchup to zero which really helped us out. By shutting down the main threats, RM couldn’t execute the way they wanted to.”

Offensively, while Abby Meyers carried the scoring load again with 26 points, working together helped the squad get open shots.

“We were really able to pinpoint the weak spots of their defense which gave us great open looks,” Gumotaotao said. “We moved the ball really well and were able to penetrate the gaps and kick out the ball when we saw the outside shot.”

The team’s next game is Saturday at Blair against the Gaithersburg Trojans in the 4A West regional final at 1.