The Black and White • February 16, 2017 • https://theblackandwhite.net/54865/feature/driving-high-students-speak-out/ 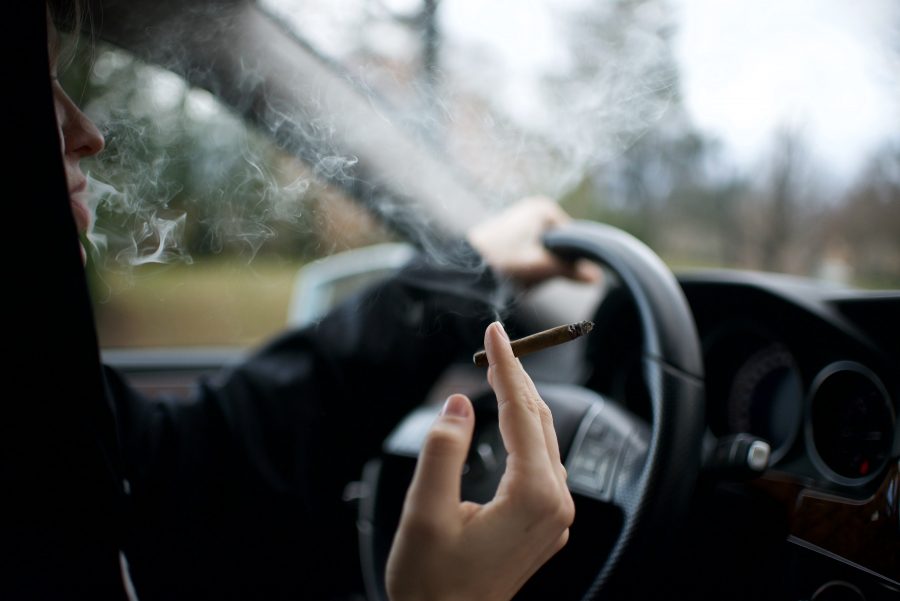 Disclaimer: This photo was staged without the use of illegal substances. Photo by Tomas Castro.

It’s 11:30 p.m. Students emerge from the darkness of the Whitman parking lot and head toward their car.  Less than an hour ago, everyone in the car, including the driver, took several hits from a bong. Despite their daze, the kids pile into the car, and the driver pulls out into the neighborhood.

This isn’t an uncommon tale for Whitman students. Many students admit to driving while high on marijuana—and a lot of them said they believe it poses almost no risk.

While multiple studies have concluded that driving after smoking marijuana isn’t nearly as dangerous as drinking alcohol and driving, researchers say it still poses a risk.

Marijuana’s effects on the brain are strongest approximately 30 minutes after consumption, and most students said they try to avoid driving during that time-frame. After waiting for what they deem is a sufficient amount of time, they get behind the wheel.

“What we usually do is probably wait at least an hour,” a junior said.  “We wait so we aren’t as high. Usually we’re not driving for long periods of time. We’re probably going through neighborhood roads or trying to take the least suspicious roads where you will encounter the least amount of cars and least amount of consequences.”

Students said they avoid driving on highways because they know they won’t be able to react quickly and make split-second decisions. Multiple students also said that if they’re still feeling marijuana’s effects, they’ll cancel their plans if it requires them to drive on major roads.

“I feel like your driving ability isn’t hindered as much as if other people mess up, you might not be as quick to react,” a senior said. “It wouldn’t be so much your fault, but if people were to stop suddenly, it would be a problem.”

In Maryland, a driver that has any trace of marijuana in their blood classifies as a driver under the influence. Penalties are similar to those of driving after alcohol consumption and include jail time ranging from two months to a year and fines up to $4,000.

However, according to the American Automobile Association, it’s often hard for police to conduct marijuana sobriety tests because the amount of cannabis found in one’s body fluids doesn’t necessarily measure if someone is impaired by the drug.

“The technology does not currently exist to determine impairment based on chemical tests,” said Morgan Fox, a senior communications manager of the Marijuana Policy Project. “Marijuana can stay in a person’s system for weeks after the effects have worn off. This means that there is no reliable test like a breathalyzer for alcohol.”

Although some students believe driving while high poses few risks, other students are still wary of the potential consequences of smoking and driving.

“I drove high one time and don’t plan on doing it again,” a different junior said. “I was lucky that there were very few cars on the road. Every time you do it, you have the same odds, and eventually it will go wrong.”