The Black and White • January 26, 2017 • https://theblackandwhite.net/54392/news/maryland-sports-divisions-reclassified/ 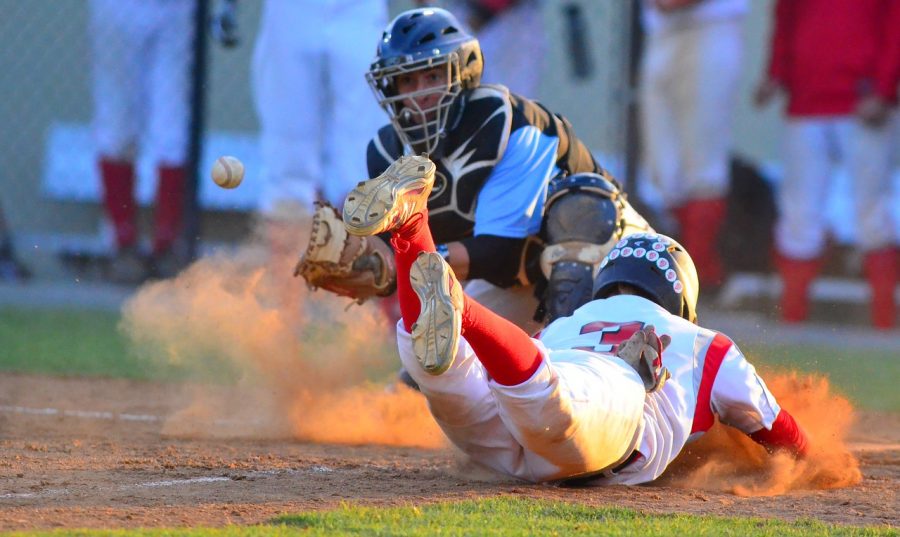 Baseball has fallen to Blair the past two years in playoffs. With the new regions, Whitman could only face Blair in the state finals. Photo courtesy Whitman Baseball.

The Maryland Public Secondary Schools Athletic Association (MPSSAA) recently made multiple changes to the divisions of high school sports for playoffs effective for the 2017-2018 school year.

The MPSSAA Classification Committee changes both regions and sections every two years for all public high school teams.

“The Classification Committee is comprised of a representative from each of the nine districts and a school principal representative,” according to a MPSSAA press release. “For the purpose of competition parity in events coordinated by the MPSSAA, member schools are divided as equally as possible into four classifications based on enrollment.”

“It’s very good for baseball because we lose Blair who’s been very good the past few years,” baseball coach Joe Cassidy said. “They’ve knocked us out in 2016 and 2015, so the last two years you could argue we could’ve been in the regional final if Blair wasn’t there.”

The MPSSAA also made multiple changes to Whitman’s section in the region including removing Blair and Richard Montgomery from the section and adding Kennedy and Wheaton. For every sport except football, all schools play other teams in their section in their first two games of the playoffs.

Other notable changes included both Damascus and Seneca Valley moving down to 2A from 3A and Wheaton moving into the 4A West region.