The Black and White • January 11, 2017 • https://theblackandwhite.net/54138/feature/artist-spotlight-mariano-zamora/ 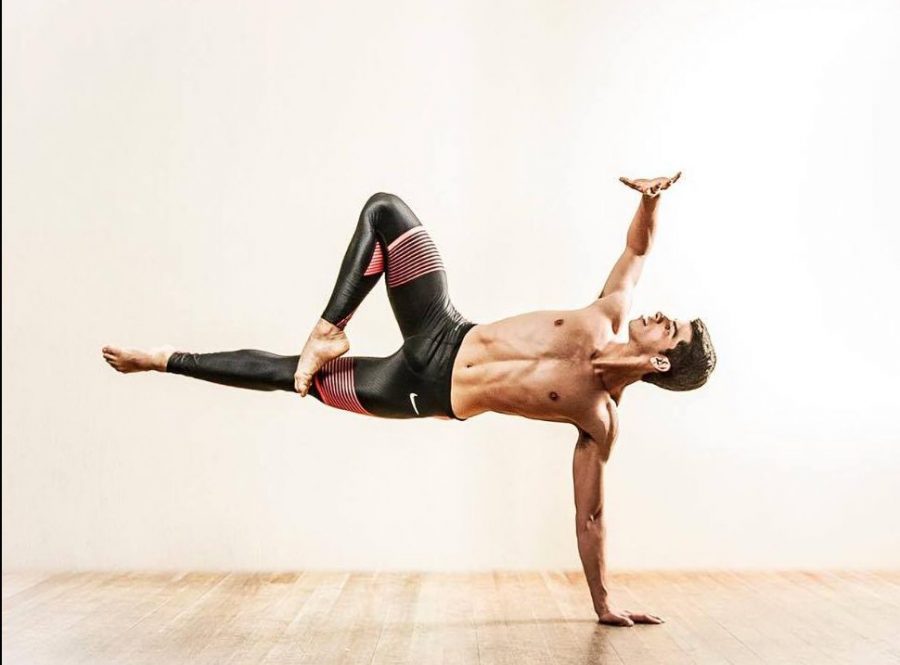 In San José, Costa Rica, most of senior Mariano Zamora’s friends grew up playing soccer. But rather than spending time on the field, Zamora took to his aunt’s dance studio.

Zamora began his training at Jazzgoba Dance Academy in Costa Rica when he was nine years old and has continued to master his craft over the past several years. Four years ago, Zamora brought his talent to Bethesda and, most recently, to Whitman Drama.

At the CityDance School and Conservatory in Maryland, Zamora practices a variety of dance styles including contemporary, hip-hop and acrobatics, and he performs at various high-profile recitals and competitions. During summer break, he travels back to Costa Rica to perform with Jazzgoba Dance Academy.

Zamora credits his aunt and cousin for fostering his passion for dance.

“I would watch their performances and get so jealous,” Zamora said. “I just wanted to be on stage with them. So one day I asked my aunt if it was okay for me to take lessons, and she was thrilled.”

Being a male dancer in Costa Rica, however, isn’t as popular among boys as it is in the U.S.

“Dancing in Costa Rica is different—it’s not as popular as it is here. It is very small, and it was a cultural shock for a boy to dance,” Zamora said. “Guys only play soccer, so it was really weird for a guy to dance.”

Nevertheless, Zamora continued to follow his passion, and in 2012 he performed in his first competition with Jazzgoba at the American competition New York City Dance Alliance, where he advanced to the regional competition in Orlando.

After four years of dance education in Costa Rica, Zamora moved to the U.S. and began training with CityDance School and Conservatory at two of the studio’s locations—Strathmore and American Dance Institute.

At the conservatory, Zamora follows a rigorous rehearsal schedule.

Enjoying the expressive elements of dance, Zamora strives to  connect with his audience through different emotions that he incorporates into his dances.

“I can use my body to get out feelings from within,” Zamora said. “I also love music and putting movement to it.”

Zamora has brought his distinctive style to a variety of high profile events and competitions, including performances with the CityDance conservatory; DreamScape gala; Jump, the largest dance convention in the world; the 24seven dance convention; and at various events in New York.

“The biggest two dance competitions I’ve been to are the Dance Awards in New York City that’s every summer and NYCDA,” Zamora said.

For the past three years, Zamora has placed in the top 10 for teen male in Dance Awards; in 2014, he was the runner up in NYCDA.

More recently, Zamora added another project to his resume: a Whitman Drama production.

Zamora joined Whitman Drama when senior Adrienne Kafka asked him to perform in a play about Helen Keller that she choreographed for One Acts last spring. After a positive experience in One Acts, Zamora decided to audition for the fall musical “Jesus Christ Superstar.”

“He was in the cast and performed as an ensemble member, but he had a lot of solo dance sections,” said Kafka, who was the dance captain for the musical. “It’s pretty rare to find amazing high school male dancers, but he definitely has a future in dance—he has incredible jumps and is really expressive through his dancing.”

Performing in drama productions has had helped Zamora feel more connected to the Whitman Drama community and pushed him to consider a career on Broadway, he said.

To pursue a future in dance, Zamora will be auditioning for Juilliard in February and hopes to make a career out of his passion for dance.

“I hope to get into a company, hopefully do some concert work, but also be on Broadway and eventually start choreographing and have my own studio or my own company,” Zamora said.