The Black and White • December 6, 2016 • https://theblackandwhite.net/53665/sports/athlete-of-the-month-paula-bathalon-runs-past-the-competition/

Athlete of the month: Paula Bathalon runs past the competition 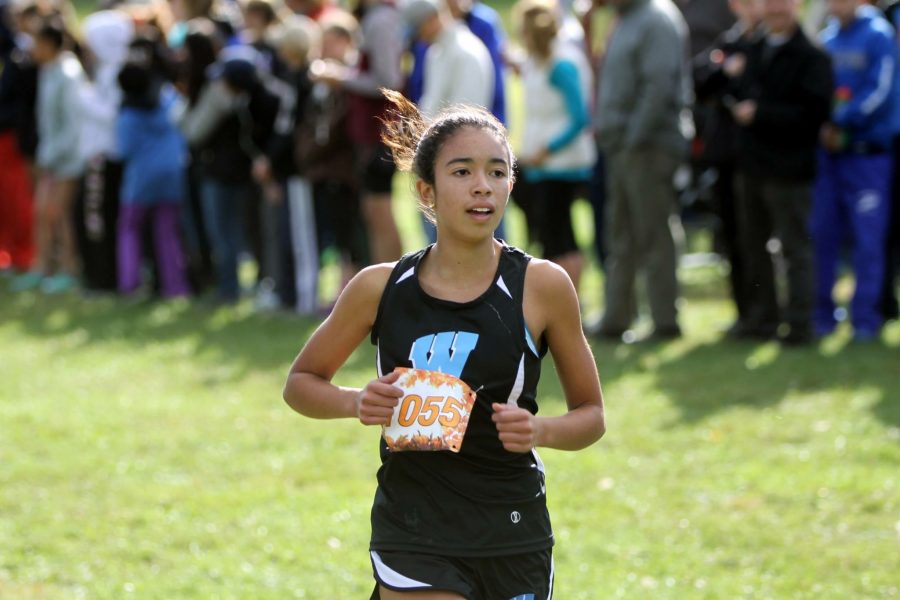 Unlike many of her competitors, when cross country runner Paula Bathalon raced in both the county and state championships, she had almost no experience at the courses.

“It has been difficult because I’m not experienced and also because I don’t know the courses that well compared to the upperclassmen,” Bathalon said.

Despite being a freshman, Bathalon played a key role in the cross country team’s successful season at key races like the 4A state championships. Bathalon finished 17th in the state with a 20:23 three-mile time and had the best time on the team. In addition to the county and state championships, Bathalon had standout performances at almost all her events, including the Pacers DCXC Invitational.

“She was probably most impressive at DCXC because she broke 20 minutes for the first time and showed how fast she could really go,” sophomore runner Julia Johnson said.

Bathalon’s success this year can be attributed in part to a new strategy and work ethic that she believes helps her conserves energy in the three-mile and 5K races.

“The last couple of years it was mainly about starting out fast and getting a good position in the race,” Bathalon said. “Now this year, it was about not starting too fast. The 5K is a long race, and if you start in the middle of the pack, you will eventually catch up to the front.”

Bathalon currently holds the fourth fastest three-mile time and eighth best two-and-a-half mile time in Whitman history. Despite running some of the best times in Whitman history, Bathalon is looking to get even faster with three more years of high school running ahead of her.

“I definitely want to improve my placement for states and I also want to start running under 19 for my races,” Bathalon said.