The Black and White • December 6, 2016 • https://theblackandwhite.net/53656/feature/music/rock-veteran-neil-young-respects-mother-earth-produces-latest-live-album-35-stars/ 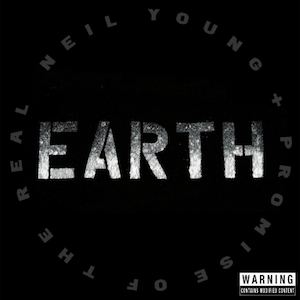 At most points, the animal noises enhance the topics Young sings about throughout the album, but toward the second half, they detract from Young’s vocals.

The first song, “Mother Earth,” starts with Young on harmonica and flows into a tune about how society needs to “Respect Mother Earth and her giving ways / Or give away our children’s days.” It’s not often that the hook of a song is composed of raindrops and frog noises, but they come together well for the purpose of this album.

In contrast to the opening track’s inspirational feeling, the second track, “Seed Justice,” voices his outrage against big corporations and factory farmers. With driving guitar chords throughout the song, Young calls for factory farmers to stop their abusive practices and return to more natural methods of farming.

While nothing about this album is groundbreaking, the live tracks will satisfy fans yearning for new takes on familiar themes.