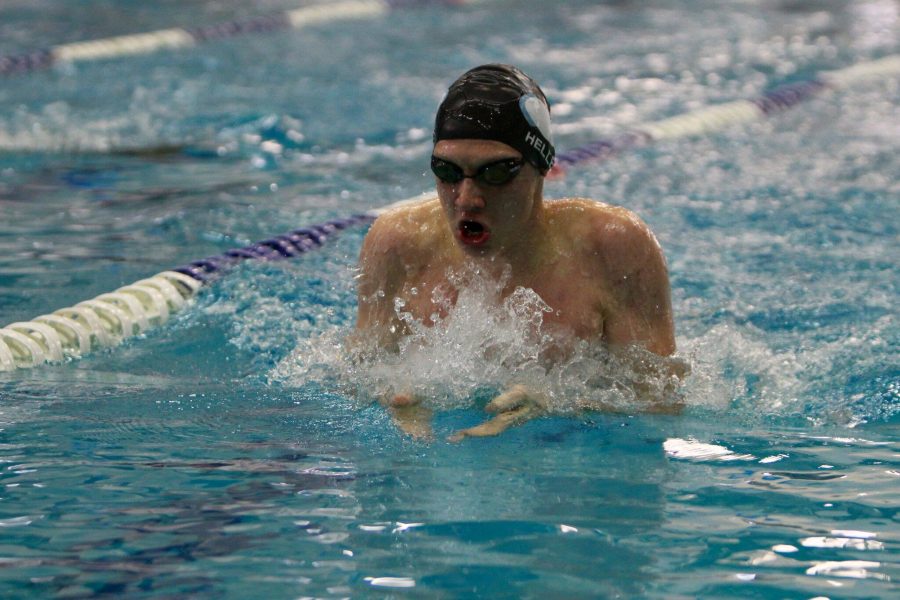 After winning their first state championship in over 20 years last year, the girls basketball team is looking to continue their dominance, despite losing key seniors from last year.

The Vikes will be led by twin sisters senior guard Abby Meyers who is committed to play basketball at Princeton, and forward Livy Meyers.

“Abby and Livy Meyers are both incredible and powerful forces on the court,” guard Carter Witt said. “They are so unique and none of our competition has anyone like either of them.”

Despite losing these players, the team is still confident going into the season.

“Our expectations are pretty high,” Witt said. “We are confident that this team can be just as successful as last year’s, dominating regular season games and going far in playoffs.”

The boys basketball team finished the 2015-2016 season with a 17–10 record after being eliminated in the state semifinals to the Meade Mustangs 61–35.

The Vikes enter the new season retaining much of their core, with 11 seniors returning. Among them is guard Jack McClelland, who’s confident in the team’s ability to return to the state semifinals for the third time in four seasons.

“I’d say we have all the pieces of the puzzle this year: scoring, rebounding, height, shooters, speed and scrappy players,” McClelland said. “We just want to use the momentum we created last season to keep us rolling through this year.”

The Vikings are left with a scoring void after losing 2016 Montgomery County Player of the Year Shaq Diboti-Lobe (20.7 points per game), but are hoping to fill it by sharing the ball on offense.

“Losing Shaq means means people are going to have to step up on offense,” McClelland said. “But this team isn’t selfish at all, we all know how to swing and make the extra pass so the ball should be flying around this year.”

“This year’s group has probably the best team chemistry of any team I’ve coached at Whitman,” Lun said. “The expectations for this season are high, but we look forward to the challenges this season will bring. We hope the Whitman student body will come out and support us all year long.”

The wrestling team is looking to build off of last year’s dominance, where they placed two wrestlers at States, with a new group of young wrestlers joining veterans on the team.

“We are graduating a very talented senior class from last year and this year we are hoping that our youth can step up to fill the open weight classes,” junior Clark Boinis said. “The main storyline will be watching the young wrestlers develop and improve throughout the season.”

With the new infusion of youth, the team is eager for the upcoming season.

“We have a huge and talented freshman class coming in as well as some new sophomores coming in who show promise,” Boinis said. “Mitch’s shoes are big shoes to fill, but the future does look bright.”

With the end of football season halftime performances comes the start of the competition season for the Poms squad.

Last year the team finished with a first place title at counties for the first time in 15 years. Although they are the reigning champions of division three, every team is required to win first place two years in a row in order to move up to a higher division.

“I think we’re in a really good place because division three doesn’t give us that tough of competition,” junior Sofia Luzuriaga said. “This year our choreography is more advanced and the team has a really good dynamic so we expect to do really well again this year.”

The team will be competing in the Poms Exhibition Dec. 17, the Damascus competition Jan. 17 and counties Feb. 4.

Last year, the indoor track team sent many runners to states but failed to win any meets; however, expectations are higher this season.

“We have a few runners that are expected to go to states,”  junior Ben Horton said. “Last year we didn’t win any meets, but [senior] Michael Gorman was a few milliseconds away from making states [in the 100m].”

Seniors Gorman and Dylan Madden are expected to carry the squad this season after posting strong campaigns last year.

The team has also divided into an A team and a B team. While the teams are split evenly, they practice separately and the A team is made up of the top runners.

“A team will be going to every meet and hopefully scoring some points for Whitman in the meets,” Horton said.

“It motivates us to rally for one last year to win a state championship for him,” junior Max Levine said.

Many of the team’s key swimmers graduated last year including Alex Vissering, who now swims at the University of Indiana.

“I expect us to do well even though we lost our star swimmer Alex last year,” Levine said. “We have a lot of incoming freshmen and we have more depth this year.”

The hockey season is already underway, and their record is 3–1–1. Here is a link to the schedule and articles: https://theblackandwhite.net/scores-and-schedules/?sport=Hockey&schoolyear=2016-2017