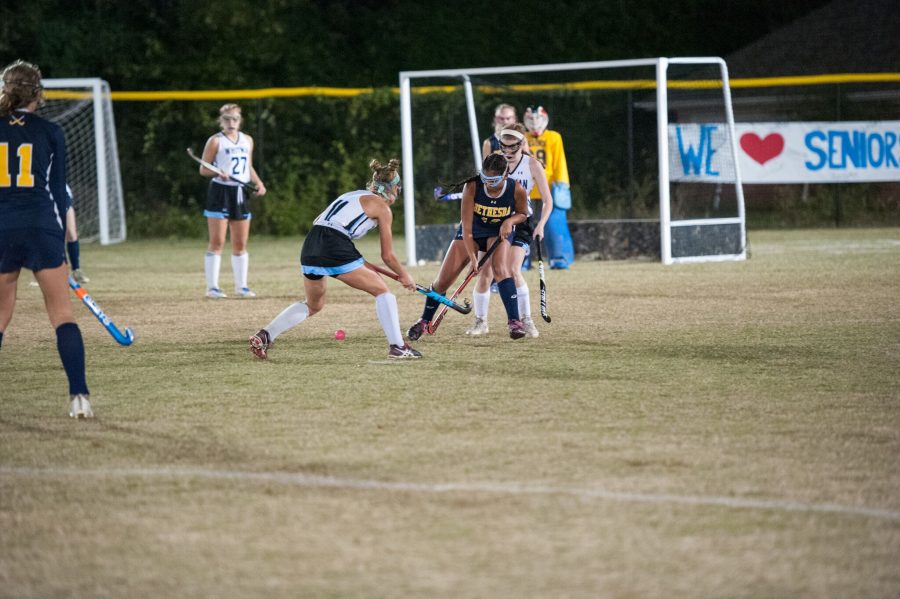 The Whitman Vikings (4–3) fell to the Damascus Hornets (7–0) Friday 42–6, as the Hornets held the Vikings to one touchdown on the day.

The Vikings scored a touchdown in the first quarter of the game but were contained by the Hornets’ defense for the remainder of the game. The Vikings amassed 230 offensive yards but did not score again.

The Vikings continue their road trip Friday when they travel to Walter Johnson to play the Wildcats (3–4).

The field hockey team (6–4) defeated their rival BCC Barons 3–2 Friday on senior night, marking the squad’s first victory over the Barons in 15 seasons.

The Vikes next play Monday away against Einstein.

The Vikings haven’t allowed more than two goals this season, a mark reached by opponents only three times so far. While ending with a 6–0–1 record on the road, the Vikes are only 2–1–2 at home this season.

The Vikes hope to carry a win into the playoffs against Northwest on Tuesday.