The Black and White • October 4, 2016 • https://theblackandwhite.net/51464/sports/water-polo-enjoys-early-season-success/ 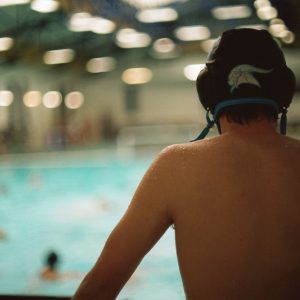 After multiple undistinguished seasons, the Water Polo team has gotten off to a quick start after defeating top teams from Connecticut and Baltimore.

“All four of us went to National Junior Olympics for water polo,” King said.

In addition to these seniors, wing Anna Bautista and flat Giovanni Amadeo have provided crucial minutes for the team.

This group of returning players helped the squad win a monumental game over the Greenwich High School Cardinals from Connecticut. The Cardinals are considered one of the top teams in their state, and were one of Vikes’ toughest matchups. The team’s upperclassmen were crucial as King scored the game-winning goal late in the game. The squad won the game 11–9.

Part of the reason they have been so successful is the team’s camaraderie.

“We have been playing together for five years, no other group of Whitman water polo players can say that,” right wing Kevin Notley said. “Our chemistry is our biggest strength.”

In addition to having an experienced team this year, the Vikings have been able to capitalize on opponents’ mistakes, move the ball well and communicate effectively, King said.

The squad currently stands at 4–4 and has performed better than expected at their various tournaments.

Their next tournament is Oct. 1-2 at Landon.