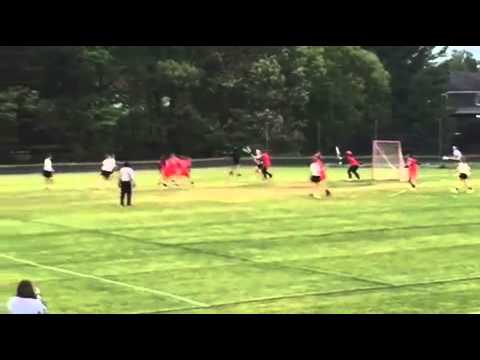 The girls lacrosse team (8–2) crushed the Blair Blazers 18–2 Wednesday behind long possessions and a patient offense.

The Vikes got off to another quick start, taking a 10–0 lead in the first 10 minutes of the game. The squad had a balanced scoring attack, and had nine different players score in the first half.

“We were able to execute our plays which really helped us work together,” midfielder Jenna Hosker said. “Cuts through the eight and off ball movement helped us be effective on attack.”

The Vikings had long possessions, and were able to keep the ball in the offensive half for most of the game. The squad’s unselfish offense led to almost all their goals being off assists.

As the Vikes lead grew to 16, the squad took out multiple starters, but the Vikes still found success offensively, dominating the Blazers attack.

The team’s next game is April 30 at 12 against the Gaithersburg Trojans.