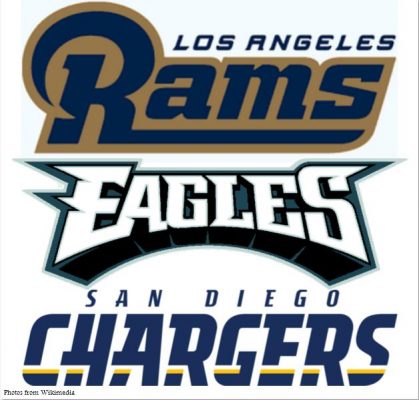 The Rams are a quarterback away from the playoffs and Goff provides them with the best chance to win now. Goff has great accuracy, works well from within the pocket and is a solid fit for the Rams. However, Goff lacks elite athleticism and is often prone to bad decisions and turnovers.

The Eagles gave up a lot for this pick, but they could draft their first franchise quarterback since they drafted Donovan McNabb in 1999. Wentz, with his athleticism and arm strength, should fit well in new head coach Doug Pederson’s offense. Wentz’s biggest flaw is that he played against inferior competition at North Dakota State, but he should be capable of making the jump to the NFL.

The Chargers were second to last in rushing offense and ranked in the bottom half of the league last season due to an unstable offensive line. Tunsil is by far the best lineman in the draft; he possesses elite athleticism and is a great pass and run blocker. At Ole Miss, Tunsil only gave up only two sacks in his entire college career.

Ramsey is a shutdown corner that will fill a major need for the Cowboys. He possesses great quickness and is the most athletic defensive back in the draft. The Cowboys need a defensive back that can match up with Odell Beckham Jr. and Desean Jackson two times a year.

Bosa was considered by many to be the best player in the draft, but he fell down draft boards after a sub par senior season. He is a great pass rusher that can also affect the run game with his strength. Bosa and defensive end Dante Fowler Jr. could become a premier pass rushing duo for years to come.

At 6’7’’ 291 lbs, Buckner has the rare combination of size and speed. The Ravens don’t desperately need a defensive lineman, but Buckner is too good of a talent to pass up if he falls to them. However, Buckner often plays too high and needs to play with a lower pad level if he wants to be successful.

New coach Chip Kelly will be eager to upgrade a 49ers offense that was second to last in total offense in 2015. Elliot provides the 49ers with an elite runner that is also an underrated pass blocker.

Jack is a risky prospect because of his knee injury, but he is easily one of the most talented prospects in the draft. Jack’s knee has caused multiple teams to even eliminate Jack from their draft boards. However, the Browns have little talent on their roster, and they need all the talent they can get at every position.

The Buccaneers don’t have much talent at the cornerback position, and Vernon Hargreaves fills that need. In a division with Cam Newton, Blake Bortles and Matt Ryan, the Buccaneers need better pass defense.

Stanley is one of the best pass protectors in the draft, an area where the Giants struggled last year. His long arms and solid footwork would improve the Giants offensive line tremendously.

Goff is a California kid and has a great pocket presence. Excellent footwork and special arm strength paired with a quick release. Goff could be the impact player the rams need to finally get over the playoff hump.

Although the Eagles have plenty of QB’s (expensive ones too), they made the trade and will draft one at this spot. Wentz has excellent mobility and good speed at the quarterback position. He might not be the day one starter, but he has the upside to be a top QB in the league.

Ramsey’s ball skills and agility will make him a dangerous target even in his rookie campaign. Before the Rams and Eagles trades, Ramsey had the opportunity to go #1. With unparalleled athleticism at his position, Ramsey can fly around the secondary with ease. Paired with Jason Verrett, this Charger secondary just got a whole lot scarier.

With unbelievable size and weight (6’7’’, 291 lbs) Buckner has the physical attributes to make him an unstoppable pass rusher in the league. He sometimes takes plays off, but if he keeps a steady motor, he could be the Cowboys new Demarcus Ware.

Bosa was considered “unblockable” at Ohio State and many think he could stay this way in the pros. He had a disappointing 40-time, but his footwork and strength will allow him to get around tackles in the AFC south. Opposite of Malik Jackson, Bosa could be a part of a dominant line in Jacksonville.

Many think that Tunsil is the best player in the draft, but with team needs he may fall to the Ravens at number six. The Ravens are known to take best available player and I could see them doing this with Tunsil here. He has the footwork and lateral speed to start day one.

Chip Kelly’s offense requires two studs at tackle and Stanley could go perfect opposite of Joe Staley. Stanley showed his poise as a pass protector protecting the mobile Deshone Kizer at Notre Dame, and he could do the same with Colin Kaepernick here in San Francisco.

Without the ACL tear and knee questions, Jack could’ve been a top three pick in the draft, but the questions circulating will slide his stock back. Cleveland’s run defense was just atrocious last year, so Jack could be a key addition to this rebuilding Browns team.

The Bucs gave up the most receiving touchdowns in the league last year (31), so they will definitely need to go secondary in the first round. Hargreaves has excellent ball skills at corner, and knew a pro-style system in Florida. He had an underwhelming 40 time, but still could have CB 1 upside in this league.

After a devastating leg injury two years ago, no one thought Treadwell would return to full strength; but he did. With great size, speed, and ball skills, Treadwell can sure be a threat to reckon with in the NFL. Opposite of Beckham, this 1-2 punch could be among the tops in the NFL this year.