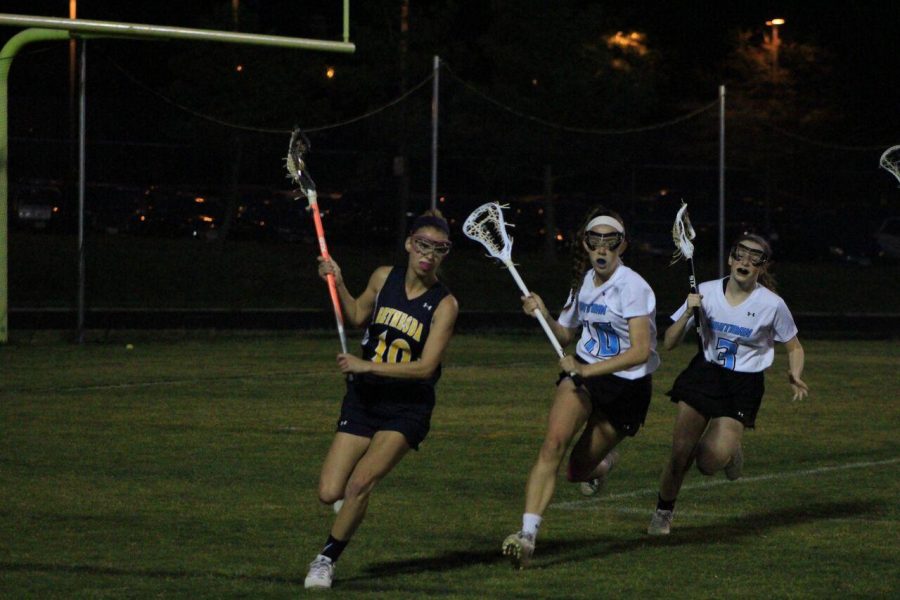 The Vikes jumped out to a quick 7–0 lead, and ended the half up 11–4. Attacker Gaby Svec led the squad early on with three goals and two assists in the first half. The Vikes were aggressive on the attack throughout the game.

“We’ve been practicing hard this week and the quick goals at the start of the game boosted our confidence,” defender Maddy Russell said.

The Vikes continued to dominate in the second half behind the play of attacker Clare Cunniff, who scored four goals in the contest. The squad communicated well throughout the game and set up goals for each other.

Defensively, goalie Claire Hisle and the Vikes’ defense shut down the Barons’ attack. Hisle made multiple saves and distributed the ball effectively.

The Vikes’ next game is April 25 against the Quince Orchard Cougars at 7:15.