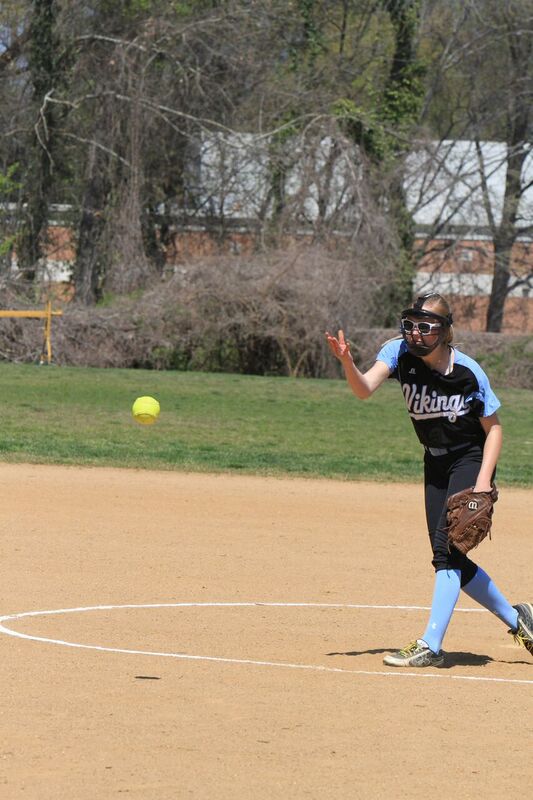 [score id=”49665″ align=”right”]
The girls softball team (3–2) defeated the Churchill Bulldogs 18–17 in extra innings Saturday behind a fierce comeback and a walk off walk.

Since the Vikes had seven players on the Philadelphia music trip, the team was forced to call up multiple JV players.

The team struggled early on, falling nine runs down in the second inning.

The squad bounced back and was able to slowly chip away at the Bulldogs lead due to patience at the plate and consistent pitching by Riley Kuhen.

“We never gave up,” infielder Lucy Cronin said. “Offensively, we began turning our hits into runs instead of stranding people on base.”

The Vikes cut the Bulldogs lead to only a few runs in the sixth inning. The squad tied the game in the seventh which forced extra innings.

With the game tied at 17, the Vikes loaded the bases and drew a walk which gave them a 18–17 lead, winning the game.

The squad’s next game is Tuesday against the Richard Montgomery Rockets at 3:45.