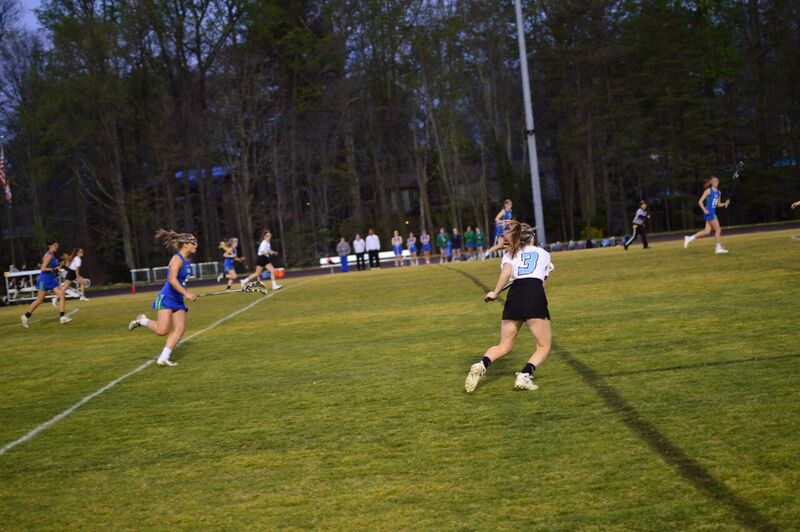 Midfielder Gaby Svec pushes the ball up the field trying regain the lead for the Vikes. Photo courtesy Tomas Castro

[score id=”49593″ align=”right”]
The girls lacrosse team (4–2) fell to the Churchill Bulldogs 9–8 Thursday night in a highly contested game that saw multiple cards and an ejection.

The Vikes got off to a rough start, falling behind 2–0 in the first five minutes of the game. While the squad tied the game multiple times throughout the first half, they were unable to take the lead.

The game was often slowed down due to fouls that resulted in the Vikes playing a man down.

“Playing a man down made it hard on defense but it really changed the way we played on attack,” midfielder Julia Curran said. “Since someone was always being double teamed, our attack had to work really hard to beat the double.”

Attackers Hannah Ginsky, Gaby Svec and Rae Harrison all received yellow cards and midfielder Eden Gray received a red card and will be suspended from the Vikes’ next game. As more fouls were called on the team, the squad became increasingly upset.

The Vikings next face the Walter Johnson Wildcats Monday at 7:15.