Coed volleyball comes up short in loss to RM 3–1 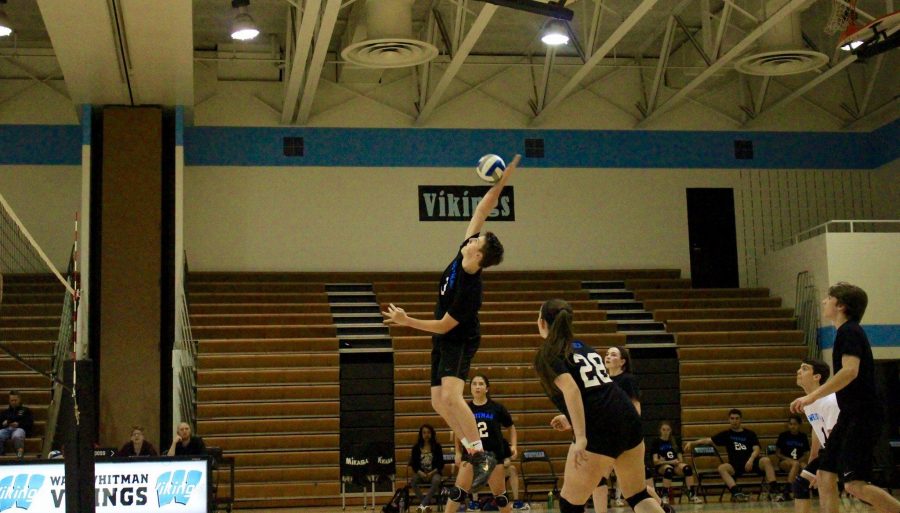 The Vikings kept the game close by contesting each set, but eventually fell behind the Rockets in a lackluster performance. Multiple unforced errors and communication issues undermined their chance to pull out a victory.
“We beat ourselves,” hitter Nick Battan said. “They were consistent, but we are a better team.”

The absence of a venue for practices in the past week may be the cause of these previously nonexistent issues.

“We haven’t had the gym this week because of Festival of the Arts,” defensive specialist Maddie London said. “So our game sets were a practice, and we didn’t take it as seriously as we could have.”

The Vikings have learned a hard lesson, and they are taking it to heart. The team wants to display a more deliberate effort in next week’s contest against the B-CC Barons.

“We are going to come into the game knowing we can’t take any sets for granted, and we won’t spend the first set warming up,” London said.

The Vikings return home to face B-CC Monday at 3:45.