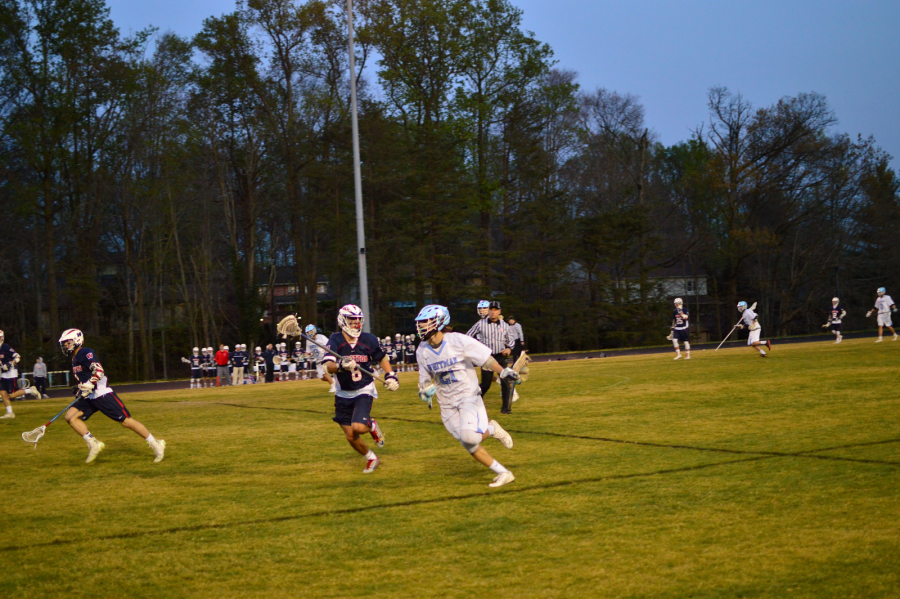 By Ben Levin
[score id=”49553″ align=”right”] The boys lacrosse team (3–2) picked up their second consecutive win Wednesday in a heated 8–6 victory over the Wootton Patriots.

The team was fueled by strong performances from midfielders Ben Montemarano and Doug Bruchalski who scored three and two goals respectively, and midfielder captain Alex Hilsenrath who had a team-high of two assists.

“Jackson Parker, our goalie, has been working very hard and it shows,” Montemarano said. “But the midfielders were running hard, and they were crucial in a game like this.”

The Patriots led 5–4 at halftime, but the Vikes quickly retaliated, scoring four unanswered goals en route to their first victory over the Patriots since 2006.

The Vikings have won back-to-back games against Montgomery County opponents, and hope to continue this success in upcoming rivalry games.

“A lot of people didn’t think we were going to beat Wootton,” Montemarano said. “Momentum is in our favor, so we definitely stand a chance against Churchill.”

The Vikes face off against the undefeated Churchill Bulldogs at home Friday at 7:15.